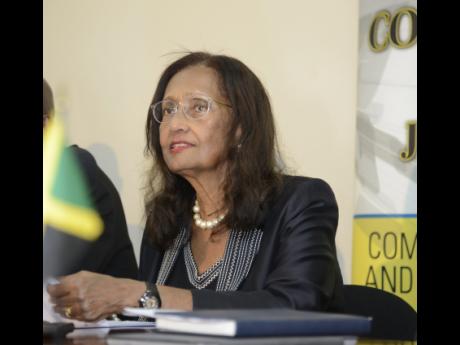 Allowing voting from places such as hospitals and nursing homes is among the options the Electoral Commission of Jamaica (ECJ) will be weighing as it grapples with increasing apathy among Jamaican electors.

Fewer than 48 per cent of registered voters turned out to cast their ballots in the February 25 general election, leaving many expressing alarm about a possible weakening of Jamaica's democracy.

A closer look at the statistics also reveals that there are almost one million more persons on the voters' list today than the number of people registered in 1980.

However, despite this huge difference, only about 10,000 more people voted in the recent general election than voted in the 1980 poll.

ECJ Chairman Dorothy Pine-McLarty said that despite the fact that the names of some people who have died or migrated need to be removed from the voters' list, the number of people who didn't vote in the recent elections is still too high.

She said it was the immediate concern of the ECJ, and the body is already looking at what can be done to reverse the decline in voter participation.

Among the options being explored is that of allowing electors to vote in places other than their designated polling stations.

"We are really going to delve into all of this and study it and see if we can come up with some answers. Do we do what other countries do? Do we go to hospitals, nursing homes?" Pine-McLarty questioned.

It is a recommendation that has been made by the Electoral Observation Mission of the Organization of American States, which monitored the February poll.

Mission Chief Janet Bostwick pointed out that Jamaica's current electoral system requires persons to cast their ballots at a designated location and called on the authorities to revise the electoral laws to facilitate voting by citizens living overseas, those in prison, and the infirm.

While acknowledging that it could be a difficult and costly venture, Pine-McLarty argued, "Why not?"

She said: "They are all our people and we should try our best to include them."

In the meantime, Pine-McLarty noted that a major thrust of the ECJ will be the ramping up of its voter-education drive.

She said, as part of this push, the ECJ would be paying closer attention to social media.

"One thing that we have already implemented is that our public-relations officer is going to be looking at social media regularly and sending reports to us, commissioners, twice a week, so that we get a feel of the thinking that's out there and hopefully that will help us in our deliberations and we will find a way of reaching out," she stated.

She said that the ECJ would also be reviewing its use of the electronic voter identification system, which was criticised for slowing down the voting process in the recent poll.

The ECJ chairman said the commission was also looking at introducing a democracy passport, which would be issued to new electors with relevant voting information.

In the meantime, Pine-McLarty said she believed the next election would have a greater turnout given the level of interest generated in the recent poll, especially because of the one-seat majority held by the Government.