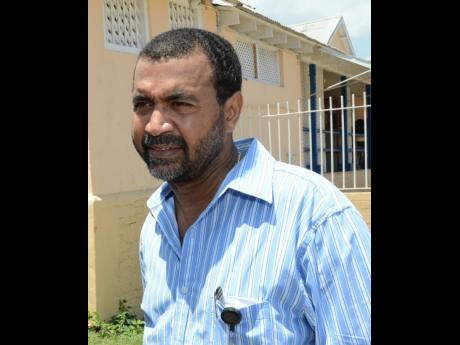 Jamaica is now the second country in the English-speaking Caribbean to have an internationally accredited laboratory with the full capabilities to test for any type of disease that may pose a threat to public health.

On Monday, the newly upgraded Virology Laboratory at the University of the West Indies (UWI) was unveiled.

Located in the Department of Microbiology, headed by Dr Allison Nicholson, the Government has spent $10 million to improve and upgrade its capabilities, eliminating the need for suspected disease samples to be sent to the Trinidad and Tobago-based Caribbean Public Health Agency (CARPHA) for confirmation.

Before, suspected cases of any disease would have to be sent to CARPHA or, in the case of Ebola, the Centers for Disease Control and Prevention in the United States for confirmation.

"The lab is now internationally accredited and has the full capabilities to test for any disease, but, of course, they will test for what is requested based on the samples sent to them for anything specific. So, certainly, as it relates to what we are focusing on at this time, they can do all of those - ZIKV, H1N1 (influenza A - swine flu), dengue, chik-V, among other things. But they have the capability to test for the various diseases out there, almost anything a virology lab will be able to do," acting chief medical officer in the health ministry, Dr Winston De La Haye, told The Gleaner.

"So whenever there is a possible threat to public health of any kind, we can test for it right here at UWI. We no longer need to send the samples to CARPHA for confirmation. We thank CARPHA for all they have done. They have been excellent.

"Until now, they were the only certified lab in the region, and with all the English-speaking countries sending their samples to them for confirmation, you can well imagine the overwhelming capacity. It would just be impossible for them to be returning results to us at the rate at which we send them."

De La Haye said that since January, Jamaica sent a total of 254 samples, but to date they have got back 127 results, "so we are still waiting on the other results, and that is what we will be able to negate".

He said with the UWI lab now fully equipped, certified and approved, and the personnel trained, the turnaround time will be significantly reduced, with results expected within a few days.

"Results of suspected cases will now go in twice per week, and by the end of the week we will get back the results. Most important, this now means whatever samples we send in will be done. There will be none remaining," he said.

All suspected samples will initially be sent to the Public Health Lab, which will then be transferred to the virology lab at UWI for testing and confirmation.

"This is indeed a major achievement for the country," De La Haye said, adding that Jamaican authorities could consider extending the lab's services to other countries.

Jamaica is considered to be at a moderate state regarding H1N1; it is not an epidemic.

De La Haye also dispelled rumours that there were any H1N3 cases in Jamaica, a more severe form of the influenza virus.

"All the results I get from the lab specifically state H1N1," he said.