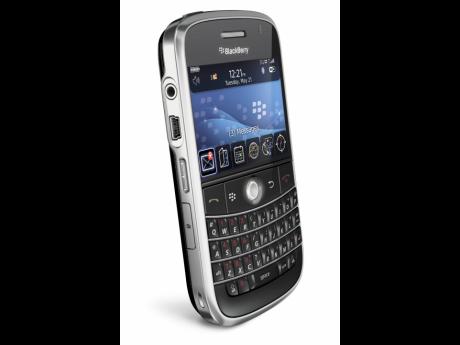 Though Maurice Henry demitted office as chairman of the state-owned Aeronautical Telecommunications Limited (AEROTEL) in February 2012, $1.5 million in charges were racked up on the same company cell phone issued to him over a 22-month period after his resignation, court and other documents obtained by The Gleaner have revealed.

AEROTEL has since paid the charges in full.

By comparison, members of the political executive, including the prime minister and finance minister, are entitled to a telephone allowance of $30,000 per annum.

"It just shows you the sense of entitlement these people have," a former AEROTEL board member, who is familiar with the issue, told The Gleaner.

The Gleaner was unable to locate Henry for comments.

The matter was brought to the attention of Auditor General Pamela Monroe-Ellis, who indicated that her office would launch a full investigation.

However, as the new administration gets ready to appoint new directors to manage the affairs of the numerous government agencies, a High Court judge has issued an order that will allow AEROTEL to recover the money used to clear the whopping phone bill as well as legal fees.

Henry did not attend court and did not retain the services of an attorney to contest the civil suit filed against him by AEROTEL.

Attorneys for the company have also indicated that they are "unable to locate Mr Maurice Henry or any assets for him".

"The defendant, Maurice Henry, having failed to file an acknowledgment of service within the time stipulated by the Civil Procedures Rule, it is this day adjudged that the claimant, Aeronautical Communications Limited, do recover against the defendant damages to be assessed," the judge said in his ruling handed down on September 9 last year.

According to the court documents, AEROTEL shelled out $59,995 to purchase the BlackBerry mobile phone and assigned it to Henry after he was named chairman of the company's board of directors in November 2007 following the general election that year.

The company, in the claim form supporting the civil suit, indicated that the phone was assigned to Henry "for the specific and limited purpose of carrying out his functions as chairman".

However, AEROTEL charged that upon his resignation on February 29, 2012, following the 2011 general election, Henry "unlawfully and without the claimant's [AEROTEL] knowledge or consent retained the said cellular phone".

"In the premises, the defendant has unlawfully and wrongfully converted the said cellular phone to his own use," the company claimed.

"For the period April 2012 to February 2014, and, in any event, after the termination of the defendant's said appointment as chairman of the claimant company, the defendant unlawfully and without the knowledge or consent of the claimant company used the line assigned to telephone number [withheld] and racked up telephony, BlackBerry email, and/or browsing service charges totalling $1,528,548.57, which have all been settled by the claimant in full," it continued.

Among the documents AEROTEL attached to its court filings were copies of the bills generated for the phone assigned to its former chairman. It listed hundreds of telephone calls between Jamaica and the states of Florida, New York, and California in the United States as well as to the Philippines.

The December bill includes a number of calls to Jamaica in the days before Christmas.