It's not swine flu - chief vet 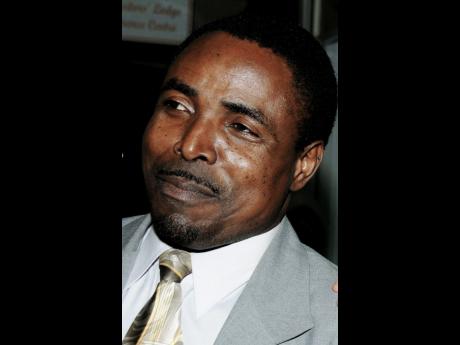 One of the country's leading veterinarians has taken issue with media houses for their continued use of the term 'swine flu' in reference to the Influenza A H1N1 2009 virus, which has been determined to be the cause of recent deaths in Jamaica and the wider Caribbean.

The Ministry of Health has embarked on a high-impact, hard-hitting public awareness campaign to get the Jamaican population to recognise the importance of seeking medical attention immediately if they experience symptoms that include high fever, cough, sore throat, runny/stuffy nose, muscle aches and pains, headache, chills, fatigue, irritated eyes, wheezing, vomiting, and diarrhoea.

This is especially important for people who are considered high-risk such as pregnant women, young children, the elderly, and persons with pre-existing medical conditions.

In support of the drive to educate the public, Dr Osbil Watson, chief veterinarian at the Veterinary Services Division, is urging the media to stop referring to the illness caused by the H1N1 virus as swine flu.

"I think it's a misrepresentation. It's not right to use the term swine flu because it is not swine flu. It is Influenza A H1N1 or properly known as Pandemic Influenza A H1N1 2009. That is what it is," Watson told The Gleaner.

"It is different from swine flu, which affects swine."

On the other hand, the Pandemic Influenza A H1N1 2009 is a disease of humans that is effectively spread from humans to humans and has nothing to do with swine flu, the consultant veterinarian insisted.

"He has an argument, and it's not the first time I'm hearing the concern, which is why when I speak, I say H1N1 because I'm not wrong with that," Dr Winston De La Haye, acting chief medical officer, told The Gleaner.

"But you are talking to someone and they say, 'Oh you mean the swine flu?' I'm not going to spend the time discussing the name or schooling them when they are on to what I am saying - that it's about the symptoms and they understand it's a serious virus."

Said Watson: "We need to educate people on the whole issue relating to influenza because you have several viruses, in fact numerous, almost in every species."

He added: "So what happens with this disease called swine flu in humans is that a part of the genetic make-up of this H1N1 virus is that part of it originated from birds, and a part of it originated from pigs, but it is not swine flu. The thing is that most influenza viruses, once they cause some level of disease, it is difficult to differentiate because you're going to have cough; you may have fever. The initial symptoms are going to be generally similar, and it's the confirmation of the type of virus by laboratory diagnosis to see which virus is exactly causing these symptoms that is necessary."