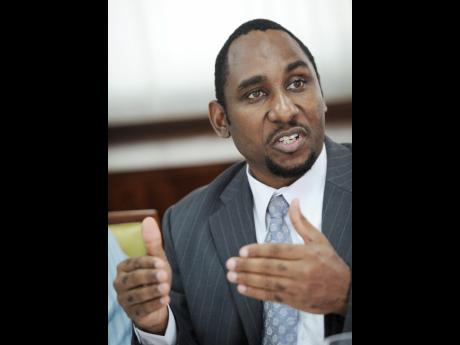 Withdraw it! That's the demand from the Jamaica Civil Service Association (JCSA), which is branding as an "imposition" a recent order by the Office of the Services Commissions mandating that civil servants must demonstrate compliance with certain corruption prevention regulations in order to earn appointments or promotions.

In a letter to Cabinet secretary, Ambassador Douglas Saunders, dated January 14, the commission said it had advised permanent secretaries and heads of government departments of the new measures it said were aimed at ensuring "greater compliance" among public servants required to make statutory declarations.

However, JCSA head O'Neil Grant said the association has serious issues with the order, which he claims was not proposed to the group prior to implementation.

"It (the order) presupposes that the issue of a declaration is a pre-requirement for appointment, and it is not. It also supposes that the officer is in breach. And it is seeming to ask persons who are not asked to file a declaration under the law to do so, particularly those persons who are not appointed," Grant argued in an interview with The Gleaner.

"Do not just impose something on the worker that was not a precedent to them being engaged in the public service," added Grant. "The law is the law, and if the law doesn't prescribe it, we have to stick with the law. We are not against things that will lessen the impact of corruption, but we have to ensure that people's rights are not abused."

One permanent secretary has told The Gleaner that the legality of the order is not certain. The JCSA, in its letter to Jacqueline Mendez, acting chief personnel officer with the Services Commissions, said the "grossly unfair" requirements could be in breach of the Public Service Regulations, Staff Orders and the rules of natural justice.

Grant said the JCSA, which represents about 25,000 civil servants, is awaiting responses to its concerns submitted to the commission and the Cabinet secretary.

Meanwhile, Mendez told The Gleaner that the commission will discuss the concerns at a meeting scheduled for today. She added that government ministries and departments should be abiding by the new order.

At the same time, David Grey, the executive director of the Corruption Prevention Commission, welcomed the move by the Services Commissions, given the continuing low level of compliance by the 36,000 public servants who are expected to file statutory declarations by March 31 each year.

For the 2014-2015 financial year, approximately 18,000, or 50 per cent, of public servants made the statutory declarations, a statistic Grey said has become the "standard".

"There's still a tardiness. We have a continuing high rate of delinquency, which does not augur well for the public servants," argued Grey.

He explained that further enforcement action is being pursued and pointed to the 14 public servants who reportedly all pleaded guilty two weeks ago to various offences under the Corruption Prevention Commission.

Under the Corruption Prevention Act, any person who, without reasonable cause, fails to furnish the anti-corruption body with a statutory declaration shall be guilty of an offence. That crime attracts a penalty of up to $200,000 before a resident magistrate's court or jail time of up to two years.