No to gays! - Adventists urge Government to keep God in deliberations on buggery law 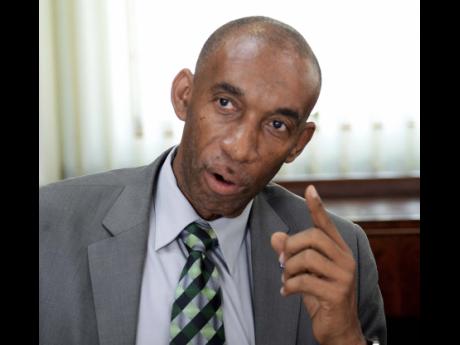 Senior clergymen of the Seventh-Day Adventist Church have made it clear that any decision to repeal Jamaica's buggery law will not be in alignment with the Bible, and as such, warned policymakers to keep God at the centre of their deliberations.

Speaking during a Gleaner Editors' Forum at the company's head office in Kingston last week, Dr Merrick Walker, pastor of the Washington Gardens Seventh-Day Adventist Church in St Andrew, said that while he was not in support of anyone discriminating against homosexuals, he urged individuals to desist from indulging in sinful acts.

"We are very conversant with the discussions and developments taking place, and the short answer is that we are not supportive of removing the buggery law. When it comes to the matter of legislation, we believe that we should be very meticulous ... looking at the repercussions that can result, and pursue the continuation of the family as the Lord established it. I often say that we are very tolerant of those who are different, but we disassociate ourselves from the difference if it is construed to be something immoral," he declared.

"We are guided by a Bible-based worldview, and our understanding of the family is from that standpoint. We are aware of the need to cater to other forms of families that have been established, but our focus is to strive for the ideal family (nuclear family)," Walker said.

In the lead-up to the 2011 General Election, the former prime minister of Jamaica, Portia Simpson Miller, had promised that if elected, she would facilitate a conscience vote in Parliament on the controversial issue of the buggery law.

Since then, there has been a tug of war between the Church and various interest groups voicing varying opinions on the issue.

The Jamaica Churches Action Uniting Society for Emancipation (CAUSE) religious group has been very vocal in its stance for the law to remain as is, hosting two mass rallies in Half-Way Tree to send its message to the then Government.

Speaking from a youth perspective, Dane Fletcher, youth director of the Jamaica Seventh-Day Adventist Church, indicated that he was more concerned about individuals making an effort to please God in every area of their life.

"As I understand it, our concern is not so much about what is legislated and what is not or what is unacceptable in society. We do promote biblical norms, so anything that is considered within the ambit of the Bible as sexually immoral, we do not condone it. We are not here to discriminate against homosexuals. What we are really discriminating against is sexual immorality," the youth pastor told journalists.

President of the Jamaica Union Conference of Seventh-Day Adventists Pastor Everett Brown echoed similar sentiments, adding that he did not want sin to become the norm for any society.

"We are aware that Government has a responsibility to protect the rights of Christians and non-Christians, but as a Christian organisation, we would not support any legislation that would make it acceptable for anyone to practise anything that is immoral," he charged.