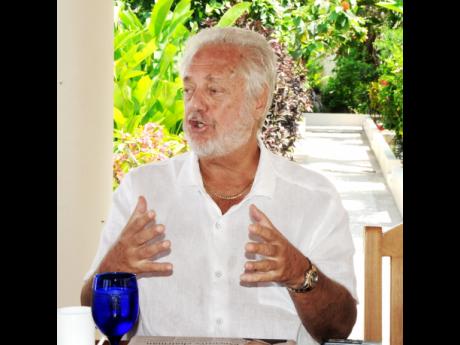 Hotelier Lee Issa, the president of the Negril Chamber of Commerce (NCC), wants the resort town to be accorded municipality status, arguing that such a move would assist stakeholders in effectively administering the town's affairs.

Issa, who was addressing a Gleaner forum on job creation, investment and growth in Negril last week, said the Westmoreland Parish Council was not able to properly manage the day-to-day affairs of Negril, which has grown exponentially over the last two decades.

"The way I see it right now, Negril needs self-government. We need to be a municipality; we need to have township; we need to have a management structure in place that focuses primarily on the needs of the community and to make sure Negril grows in an organised, positive and orderly way," said Issa.

"Right now we are being bombarded by illegal settlements; we are being bombarded by illegal buildings, and it just needs management. Right now, the Savanna-la-Mar parish council has responsibility for this village, [but] we feel that it is time - because we are a major contributor to the revenues of this country - we feel that it is absolutely important at this critical crossroads that we start to take responsibility for our own future," continued Issa.

Daniel Grizzle, the co-founder of the NCC and operator of Charela Inn, was fully supportive of Issa's call, noting that Negril urgently needed at least a town manager, as it was in a unique geographical position, straddling both Hanover and Westmoreland.

"I completely agree ... . Negril is an odd chamber in Jamaica - we are the only chamber that was not tied to a parish and we had a lot of struggle in allowing us to be a chamber," said Grizzle.

"They wanted us to be a part of Savanna-la-Mar (in Westmoreland) or part of Lucea (in Hanover), and our argument was our need is unique and special, and we need a voice to speak for Negril and not for Hanover and Westmoreland. And as we have grown into being a small town, that need is still there, but now we need political responsibility."

He added: "We need to take on some power, where we can direct our future; we can develop the way we wish Negril to develop and not the way somebody else wants. For example, we would like to have control over our garbage collection in Negril, because it's a disaster."

Grizzle said attempts have been made for more than four years to have closed-circuit television cameras installed in Negril, but to no avail.

"We are unable to get that because our councillor does not really support it, and we can't say we have been having a lot of support from our MP in that area," he said.

"We need somebody who is responsible for the management of Negril to take up these issues and fight with them."

The suggestions made by the two NCC directors constituted part of the recommendations of Jamaica's Tourism Master Plan in 2002.

The plan highlighted that Negril has become a sizeable town and its population is growing rapidly at more than six per cent per annum.

The plan further noted that Negril was an ideal candidate for a resort partnership, which would include the appointment of a government-acknowledged czar. The czar would coordinate activities among all the agencies, and would have responsibility for resolving all impediments to the rejuvenation of Negril, and enjoy the support of Cabinet.