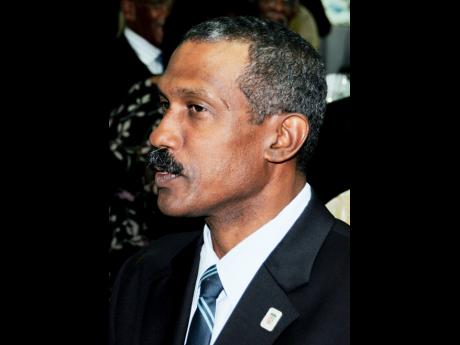 File
Khan: There are a number of matters of concern and each one requires something of a thorough brief.

It remains anyone's guess whether Jamaica will be among the first out of the blocks to ink the new global climate agreement, which opens for signatures on April 22.

Colonel Oral Khan, chief technical director in the Ministry of Economic Growth and Job Creation, said the new administration needs first to be brought up to speed on the agreement and a decision taken on the matter thereafter.

"... This [the agreement] is one of the matters under climate change being flagged for early attention," he said.

According to Khan, the agreement - in which the world has put much stock in the face of climate change, which could wipe out entire economies and sink at least some small islands - has already come up in discussions.

"It has been mentioned, but we need more time for a more thorough brief on each of the matters we consider of primary importance," Khan noted.

"There are a number of matters of concern, and each one requires something of a thorough brief. In time, we expect that the new administration will be brought fully up to speed."

The agreement, brokered in Paris in December at the annual international climate change talks, commits countries to "holding the increase in the global average temperature to well below two degrees Celsius above pre-industrial levels and to pursue efforts to limit the temperature increase to 1.5 degrees Celsius above pre-industrial levels, recognising that this would significantly reduce the risks and impacts of climate change".

These impacts include sea-level rise and warmer global temperatures that could significantly compromise, among other things, the health of some societies, as reflected in the prevalence of mosquito-borne diseases such as chikungunya, which has plagued the Caribbean in recent times.

Despite its importance, Khan said all would not be lost should Jamaica not make the signing on April 22.

"The event on the 22nd is just to open the document for signature. It would be nice to be there early, but we are aware that this period is a sensitive time in the governance of the country in terms of budget, and so on. So we have to consider all the national priorities that are taking place, and I am sure that due attention is being given to the matter," he noted.