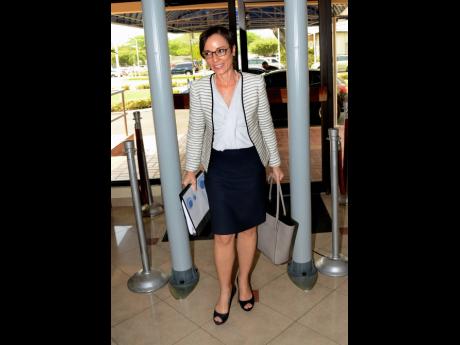 The Trinidad and Tobago government says it had prevented 12 Jamaican nationals from entering the island late last month because they were "deemed likely to become charges on public funds".

The Trinidadian Ministry of Foreign Affairs in a statement said that Foreign and CARICOM Affairs Minister Dennis Moses met with Jamaica's High Commissioner to Trinidad and Tobago David Prendergast last Tuesday to discuss the issue.

"All related issues were discussed in an open, frank and courteous fashion befitting the strong relationship between both countries," the statement said.

According to Port-of-Spain, Moses had received a report on the refusal of entry of the 12 Jamaicans who arrived at Piarco International Airport on Caribbean Airlines flights at 7:53 p.m. and at 8:43 p.m. and departed for Kingston, Jamaica, at 7:50 a.m. on March 22.

It said that Section 8 (1) (h) of the Immigration Act denies entry to persons who may be deemed likely to become charges on public funds.

"All of the passengers were denied entry in accordance with this section," the statement said, adding "in keeping with Section 21 of the Immigration Act, both the passengers and airline were duly notified and served with the relevant notices."

Taken into care of airline

It said that "At approximately 11 p.m., the passengers were taken into the care of the airline - Caribbean Airlines Limited - to await an outward-bound flight to Kingston, Jamaica.

"Sections 32 and 34 of the act outline the responsibility of the airline when passengers are refused entry. Section 34 (c) specifically mandates the company to treat all such persons in a humane manner and to provide them with meals.

"Accordingly, they were taken to the Customs and Excise section of the

airport for a baggage check, then escorted upstairs to the departure lounge area where they remained in the presence of the security company contracted by Caribbean Airlines."

The Ministry of Foreign Affairs said that the Jamaicans "were served a meal and drinks and were provided with blankets by representatives of the airline in keeping with usual airline procedure.

In the meantime, Kamina Johnson Smith, Jamaica's minister of foreign affairs and foreign trade, has reported that two of the 12 passengers have filed formal complaints about the decision to deny them entry into Trinidad.

"These reports will supplement the actions taken by our high commissioner in Port-of-Spain, who has made representation on the issue to the minister of foreign and CARICOM affairs of Trinidad and Tobago. We hope that this will ensure that the issue will receive renewed attention and focus," said Johnson Smith.