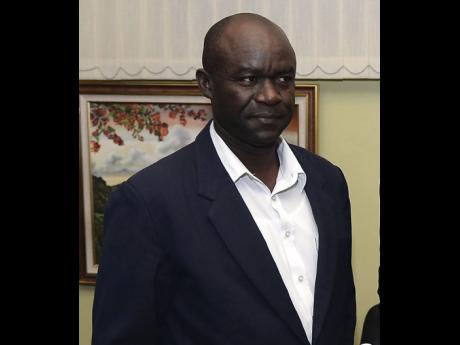 The headaches pounding the Andrew Holness administration over its income tax plan could get worse as two national business associations - representing more than 250,000 members - say job cuts will be certain if the pre-election minimum wage proposal is implemented.

The Jamaica Labour Party (JLP) had waged an anti-austerity election campaign that included a pledge, later concretised in its manifesto, to raise the current weekly minimum wage of $6,200 to $8,200 -roughly 33 per cent.

Having won the February 25 national election, Holness committed to keeping all the commitments.

However, the Small Business Association of Jamaica (SBAJ), with about 1,000 members, and the Micro, Small and Medium Enterprise (MSME) Alliance, argue that as the Government struggles to deal with the funding of the tax plan, it must also focus attention on revisiting the plan to raise the minimum wage.

According to them, the Government needs to be "realistic".

"It's going to hurt us badly. In talking to the membership, they simply say they are going to send home some people (because) they just cannot afford it. Unemployment rates gonna skyrocket," Hugh Johnson, the SBAJ president, told The Gleaner.

"Your revenue can't be increased in proportion to that which they are rolling out as the increase in minimum wage. They (business owners) are calculating how many people will have to go," he added, noting that there is no final figure on the potential impact of the increase.

However, he noted that some members, with a staff complement of about 10, have indicated that at least three employees will be cut from the payroll if the minimum wage proposal is implemented in an economy deep in a restructuring process.

Meanwhile, Donovan Wignal, president of the 200,000-strong MSME Alliance, argues that he does not think "any employer at this point in time, based on our economic condition, will be increasing their employees' salaries - taking more money out of the business.

"People will lose jobs, yes. It will have some deleterious effect on businesses and people. You have to find the money from somewhere, it is plain and straight," he noted.

Jamaica has an unemployment rate of 13.5 per cent, with the youth rate over 30 per cent.

The Government's plan to remove income tax from the people who earn $1.5 million or less yearly was dealt a blow after Finance Minister Audley Shaw disclosed money it thought was set aside and could be used to fund the plan was already allocated otherwise or spent.

The JLP has argued that the tax break and the increase in minimum wage would "allow for more spending, which will be its own stimulant".

The party had also said it "anticipates the creation of up to 20,000 jobs" from the implementation.

While the Government has committed to implementing the tax break this financial year, it has not set a timeline for the minimum wage.