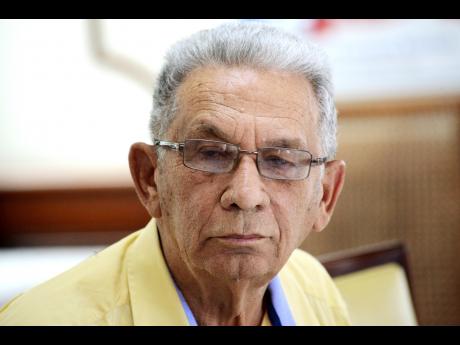 Third-generation cane farmer Kenneth Newman has indicated that he may be put out of business if the price he receives per tonne for the sugar produced from the cane he supplies to sugar manufacturers remains at its current level.

"I supply cane to Worthy Park. We have had a very successful run. We have been in this thing for more than 50 years, and we have been able to expand our cultivation over the years, and I can tell you that our situation now is a dire situation," Newman said as he weighed in on discussions at a Gleaner Editors' Forum at the company's Kingston office last week.

This year, the announced price has been shaved even further to $51,000 per tonne.

"The announced price that we are getting, we are told $51,000 per tonne, cannot meet our obligations," he said.

With a cane farm that averages about nine tonnes of cane, Newman contends that with the current price on offer to farmers, he will barely break even after he sells his crop to the factory he supplies.

"If I paid my transportation and reaping costs and I only grew ratoons, what I am getting for the cane would just barely cover it this year at just $51,000 per tonne, so it is not a viable industry at this level," he argued.

Newman further argued that the pricing arrangements for sugar are complicated by the fact that sugar factories in Jamaica are being operated inefficiently.

"As cane farmers, we get 62 per cent of the value of sugar, and I have said we should be pressing for more, but how can you be pressing for more when the factories that are producing are operating way below capacity and most of them are inefficient? We are going way below the required standards, so we can't put on the pressure on them (sugar factories) to pay us more than the 62 per cent," he said.

Pointing to Belize, Newman highlighted the sole sugar factory in that country, which is operated by Belize Sugar Industries Ltd.

According to Newman, that single factory, which is the same size as the Westmoreland-based Frome Sugar Factory, produces 135,000 tonnes of sugar. This, he says, is more than that produced by all the sugar factories in Jamaica combined.

"When you have a factory producing 12,000 tonnes of sugar, it's not viable in this day and age, and we are fooling ourselves that we can continue to have a sugar industry while operating at this level," he said.