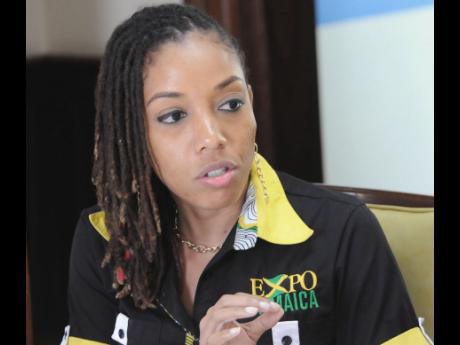 The Jamaica Manufacturers' Association (JMA) has disclosed that it has been receiving numerous complaints about the Automatic System for Customs Data (ASYCUDA) that is currently being rolled out by the Jamaica Customs Agency.

"Customs is putting in a system called ASYCUDA, but while they are doing that, we are having some major issues with getting that system working effectively at this point in time, so we have a lot of complaints with that," JMA Executive Director Imega Breese McNab said as she addressed a Gleaner Editors' Forum at the company's North Street, Kingston, office last week.

Section 7 of the Customs (Amendment) Act 2014 provides that imported goods be registered with ASYCUDA and took effect in October of last year.

The new provisions were introduced in keeping with current international standards and practices that will make the agency compliant with the latest World Trade Organisation (WTO) Trade Facilitation Agreement.

"I guess it is teething pains ... . It is relatively new, but there are major issues in terms of just the timeline with the transactions, having everybody trained and knowing how the system works, so there are containers on the ports delaying clearing... it's company specific based on how many containers and clearances you have to do, but I know that they are going through some challenges being that it's a new system," Breese McNab added.

Founded in the early 1980s to automate the operations of Customs Administrations, the UNCTAD ASYCUDA Programme has become the leading method of Customs modernisation worldwide.

The ASYCUDA software is used in more than 80 countries and requires that all customs brokers download and install the C87 EELS Broker Application prior to submitting their C87 declarations to Customs.

While welcoming the introduction of ASYCUDA, JMA President Metry Seaga agreed with Breese-McNab and called for the issues to be resolved speedily.

"As an association, we have not been vocal about it to this point because we recognise the importance of an ASYCUDA. It is an international system and it is meant to clear up a lot of the problems that exist in the system, so we are saying there are major problems. We are working with the Government to try to ensure that they get the system up and running, but we can't wait forever," he said.