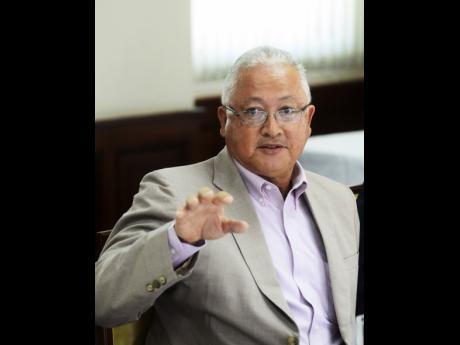 A second major United States government report in two months has highlighted weaknesses in Jamaica's judicial system that "obstruct access to justice for victims of crime and their families and allegedly unlawful killings by government security forces".

The US findings are contained in the 2015 Country Reports on Human Rights Practice, which Secretary of State John Kerry submitted to the US equivalent of Jamaica's Parliament yesterday.

Top of the list of "serious" human rights issues was what the US calls an "overburdened, under-resourced, and dysfunctional judicial system".

The report covered areas including prisons, the security forces, and the conduct of trials throughout the court system.

Regarding prisons, the report pointed to a range of issues, including the treatment of prisoners and the upholding of the rights of detainees.

"Dilapidated buildings, inconsistent health care, and overcrowding in some facilities presented challenges to the prison and detention centre systems," the report said, pointing out, too, that female prisoners were "generally provided better conditions than male inmates".

In addition, it said, medical care was limited in Jamaica's prisons, there is "no specific prisoner ombudsman", and infrequent official complaints and investigations.

The US government acknowledged that "the government has increasingly effective mechanisms to investigate and punish abuse and corruption in general", but it said "lengthy trials with numerous delays continued to be a systemic problem".

The report claims that "at times, cases were even dismissed due to delay tactics, including no-shows by witnesses, challenges empanelling juries, antiquated rules of evidence, and lack of equipment for collecting and storing evidence".

Reacting to the report, Justice Minister Delroy Chuck argued that the US findings provide further evidence to show why he believes Jamaicans have "lost confidence in the justice system".

"Any criticism of our justice system as being under stress would be true. We at the justice ministry recognise that there are significant delays in the system, and there can be no doubt that we have to do something about the access to justice," he told The Gleaner. He stressed that corruption and malpractice could thrive if the issues are not addressed.

In March, the US released its 2016 International Narcotics Control Strategy Report, which accused Jamaica's judiciary of having what it called a poor record of successfully prosecuting corruption cases against high-level law enforcement and government officials.