Jamaica to the rescue: Pump-N-Spray invented by islander being used in Flint, Michigan water crisis 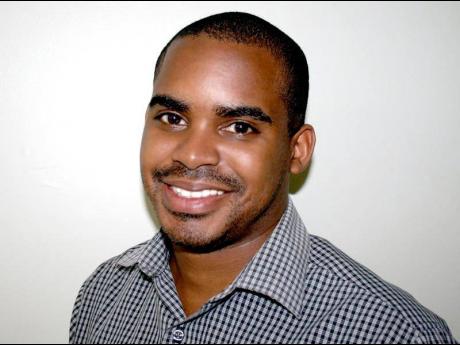 One civic leader in Flint, Michigan, has described the Pump-n-Spray product invented by Jamaican entrepreneur Jovan Evans as a miracle idea.

Servants Without Borders (SWB), a Washington-based non-profit, has partnered with Evans, the Branson Centre of Entrepreneurship - Caribbean's (BCoEC) entrepreneur and creator of the Pump-n-Spray, to aid Flint residents in the United States as they cope with lead contamination of their water supply.

Evans created the Pump-n-Spray for individuals who live in areas where there is a consistent lack of access to running water in Jamaica.

The product transforms a four- or five-gallon bottle of water into a portable shower with the same pressure as a standard indoor shower.

Colin Duncan, one of the principals of SWB, told The Gleaner that he learnt of the invention while on a working visit to Jamaica.

"Upon returning home, it clicked that the residents dealing with the crisis in Flint, Michigan, could benefit from this simple, yet useful invention," he said.

Having vetted the idea, the SWB team visited Flint and met with residents, civic leaders and officials who expressed immediate interested in the product.

Last month, SWB distributed approximately 200 of the Pump-n-Spray in Flint.

Since then, requests for the product have picked up considerable steam and a second distribution is planned in a few weeks.

Explaining how the Pump-n-Spray is being used to address the Flint water crisis, Duncan said: "The issue of bathing and showering has gone unaddressed until now. Approximately, 45,000 homes have been impacted by the water crisis. With the introduction of the Pump-n-Spray, residents can take showers, wash dishes, and begin to introduce a sense of normalcy to daily activities. Designed as a solution for a common Third World problem, this portable shower is helping to solve a crisis in a First World city."

Duncan, himself a Jamaican native, indicated that he is extremely proud that a product invented in Jamaica could solve a problem in a developed country.

"It is encouraging to see that Jamaicans have continued to think outside of the box to invent or develop relevant solutions for international consumption. Beyond the practical use of this, and many other solutions being introduced across the island, including those highlighted through the BCoEC, Jamaican creativity endures and strengthens the foundation upon which the economic resurgence of the country can thrive," he said.

Pump-n-Spray has personal significance for Duncan, now a senior manager at global consulting firm Deloitte, because it was invented for communities in Jamaica that do not have access to water - a situation with which Duncan is all too familiar.

"As a boy growing up in Jamaica, I remember having to walk to the nearby river, carrying buckets of water back to my grandmother's house in Broughton, Westmoreland, and then having to take a bath from a pan throwing water over my head from the bucket," he revealed to The Gleaner.

Duncan further disclosed that he would be providing mentorship to Evans, through the BCoEC, to grow his business, AquaFlow.

He has urged Jamaicans to continue to innovate and create impactful products.

"I encourage ... aspiring entrepreneurs to press forward, despite the challenges that will come, and persevere to bring their dreams to fruition. The world needs it!" he said.