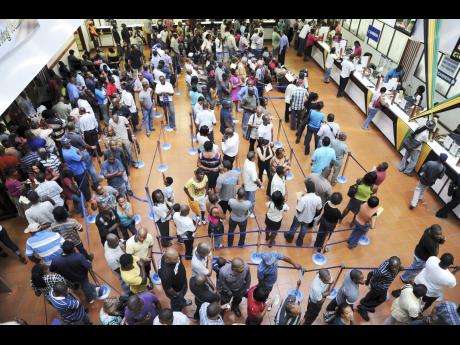 Tax Administration Jamaica (TAJ) is ramping up its efforts to collect taxes by going after tax evaders through third parties.

The tax collection agency is now introducing what it calls a garnishment policy which allows tax authorities to serve notice on a third party who is the custodian of money belonging to the tax debtor.

The TAJ is aiming to collect taxes owed by debtors through third parties, including lawyers, banks and all other financial institutions, lessees and tenants, employers and third parties involved in trading or contractual relations with the taxpayer.

In a release yesterday, the TAJ described garnishment as a process where “notice is served on a person for the purpose of legally seizing money belonging to a debtor”.

The TAJ said garnishment would only be done when the Commissioner General is unable or unlikely to be able to collect from the tax debtor himself.

“Garnishment may be pursued where the taxpayer owes taxes and the Commissioner General is unable to collect from the tax debtor and is unable to make a satisfactory arrangement for the payment,” the press release said.

The TAJ said it has already served four Garnishment Notices which have yielded positive results in terms of formalising arrangements for the monthly collection of outstanding sums.