Public enemy number one! - The hunt for Jamaica’s notorious criminals 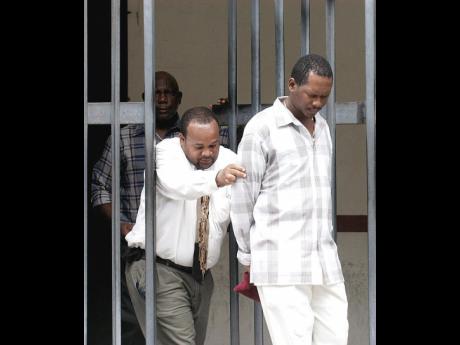 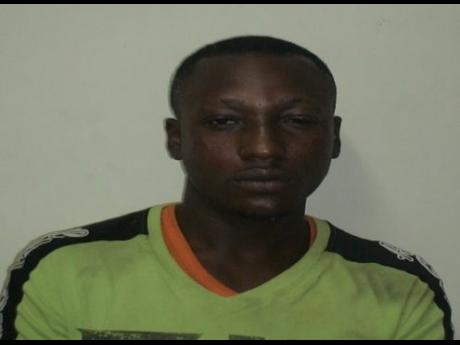 From the raging 'Rhygin' of yesteryear's notoriety to 'Duppy Film' of modern-day infamy, over the decades, the narrative has changed, but the storyline remains the same.

Duppy Film is the latest to have commanded centre stage in the arena of the criminal underworld on which a long line of dangerous men dubbed 'Public Enemy Number One' has paraded with deadly ferocity for more than half a century.

Their stories are colourfully captivating, not unlike the riveting accounts of men who are not afraid to use the deadly weapons that they tote. And, in like manner, they invariably meet dreadful ends.

Ryghin twinned crime and entertainment in the 1960s to create a colourful image following his arrival in Kingston from St Catherine.

Others commanded superlative notoriety over the years, including 'Copper', 'Sandokan', and 'Natty Morgan'.

For many seasoned crime fighters who have seen it all, 'Copper' has been voted the deadliest of the deadly and the shrewdest of the shrewd.

But there is no question that the likes of 'Natty Morgan' sparked untold fear.

The Public Enemies Number One have, in a sense, set themselves apart from the labelled 'area dons' such as Claudious 'Claudie' Massop; Lester Lloyd Coke aka Jim Brown; and his son, Christopher 'Dudus' Coke.

A frightening feature of the men who have made the Most Wanted list is the label "armed and extremely dangerous" - and for good reason. All have been accused of multiple serious criminal acts.

Evading determined crime fighters who have soldiered on in the face of adversity, by any means necessary, is another feature of the hoodlums - past and present.

The likes of Rhygin, Sandokan, and the now at-large Duppy Film have been accused of brutishly snuffing out the lives of crime-fighters, while others are in possession of their own peculiar styles.

Here's a brief look at some of the most infamous.

The infamy of Rhygin - whose real name was Vincent Ivanhoe Martin - of the 1960s ballooned when he shot his way out of a dragnet, leaving one policeman dead and two others injured. So infamous was he that a character was featured after him in a famous movie and book of the same name.

There is a widespread view among crime fighters that Dennis 'Copper' Barth was the leader of the east Kingston-based Hot Steppers gang, which staged several bank robberies in the latter half of the 1970s.

With a $5,000 bounty on his head, Copper was described by crime fighters as a cold-blooded killer who had mastered the art of disguise.

It was in May 1978 that Copper was finally cut down by the police after he and his cronies failed in their bid to rob the Caymanas Park Race Track in St Catherine.

Anthony 'Starkey' Tingle was the most wanted man in 1980 and 1981. Starkey was the leader of an Arnett Gardens-based gang and was killed in a house in Jones Town, Kingston, during an alleged gun battle with the police in 1981.

Conrad Levy, better known as the 'Phantom Killer', was suspected of killing close to a dozen people in the late 1980s and early 1990s.

Phantom Killer, who reportedly acted alone dressed in women's dresses and wigs before stalking and killing bad men, was caught by the police in 1991, and sentenced to death. He had his sentence reduced to life but escaped from prison 11 years later.

He was killed on Christmas morning in 2002 during a shoot-out with members of the now defunct Crime Management Unit, led by then Senior Superintendent Reneto Adams.

It has been 30 years since it was reported that Wayne 'Sandokan' Smith brazenly climbed his way into the Olympic Gardens Police Station and took the lives of three policemen and some of the armoury that was stored there. The curfews and raids to nab Sandokan elicited a curious result as he was allegedly cut down by cronies in Tower Hill in 1989.

Ironically, three days ago, a mentally ill man carried out a similar brazen act when he snatched a gun from a policeman in front of the very same Olympic Gardens station. He was killed within minutes.

So enviable had the infamous Kingston-based Sandokan found himself that another hoodlum sought to imitate him and met the same fate: death. In 2004, Eric 'Sandokan' Brown, aged 29, an accused killer who was on the FBI's most-wanted list, was killed by the police.

The original Sandokan was not cold in his grave when Nathaniel 'Natty' Morgan and his men emerged in the criminal underworld with a vengeance.

Natty Morgan was targeted for, among other crimes, invading a wake in Seaview Gardens for one of his victims and executing at least six men who were in attendance.

Natty Morgan managed to escape custody after he was shot and injured by the police during a shoot-out in west Kingston.

The gangster escaped from the Gun Court in 1990 and remained at large until he was cut down in a hail of police bullets after the cops had cornered the gang in Lakes Pen, St Catherine, eight months later.

Winston McCarty, also called 'John Crow', was the leader of the John Crow gang, who the police blamed for a number of murders, shootings, and robberies.

He was killed by the police after he was seen firing a gun salute at a dance along the Essex Hall main road in St Andrew in 1996.

The long chronicle of dangerous wanted men over the years led to the now incarcerated Joel Andem, most wanted for four years before he was captured in the district of Clarksonville, St Ann.

Andem was charged with two murders, conspiracy to murder, 10 counts of shooting with intent, 12 counts of illegal possession of a firearm, kidnapping, and robbery with aggravation.

Although the names of Copper, Natty Morgan, Sandokan, and more recently, Joel Andem, are easily recalled by seasoned cops, the list of dangerous criminals is long.

Duppy Film, who was christened Marlon Perry, is implicated in the brutal slaying of Corporal Kenneth Davis and Constable Craig Palmer on Tuesday, December 22, last year. Up to press time, he was still on the run, with an islandwide joint police-military manhunt under way.