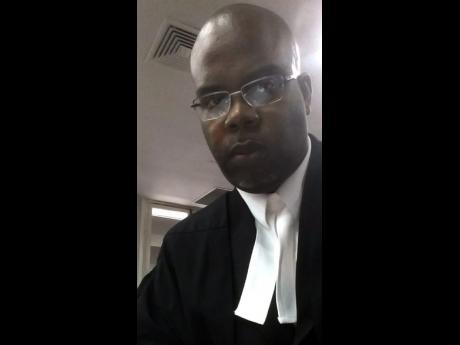 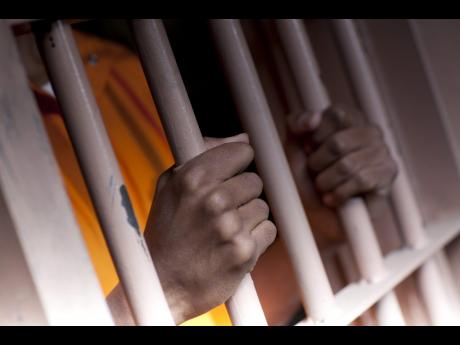 The release last week of a prisoner who was detained at the court's pleasure for more than 20 years because he was a juvenile when he and two men were charged with murdering three persons in 1993 has highlighted the need for a system to be put in place for such cases to be reviewed periodically. Under the Civil Procedure Rules, the onus is on the detainees to take steps to bring their cases to the Supreme Court to seek their freedom.

Whyett Gordon was released from the Tower Street Adult Correctional Centre after being in prison for more than 20 years. The man who was convicted with him for the triple murder was paroled before Gordon because he was given a specific sentence.

"The Department of Correctional Services needs to have a system in place that brings these cases to the attention of the court," noted attorney-at-law Aon Stewart from the law firm Knight Junor and Samuels, which represented Gordon at the hearing for his release.

Stewart said a detainee could easily get lost in the system if he did not have someone to assist him "because no one goes looking for those prisoners". He said it was Gordon's parents who came to his office seeking assistance for his release.

A prisoner's liberty is of such great importance that the Civil Procedure Rules state that a judge must give the decision and written reasons within 14 days of a prisoner's application for release.

Gordon, at age 17, was charged jointly with Dwight Fletcher and Edwy Watson (now deceased) for the murder of Rajhni Williams, Georgia Shaw, and Racquel Fearon. On October 23, 1993, the three were abducted from a dance in Lionel Town, Clarendon, and taken to Gutters in Manchester, where they were fatally shot.

The killings sparked outrage in the residents and relatives of the deceased.

Gordon was arrested in 1993 for the triple murder and was convicted in 1997. He was first detained at the governor general's pleasure because he was under the age of 18 when he was convicted for committing the murder.

The United Kingdom Privy Council ruled in 2003, in the Kurt Mollison case, that it was unconstitutional to detain juveniles at the governor general's pleasure. The Privy Council ruled that the detention was in contravention of the principle of separation of powers that was enshrined in the Jamaican Constitution as sentencing was a judicial function.

Sydney Gordon told The Gleaner last week that his son was happy to be home and was welcomed by his friends and family members.

"I get my life back now because my life has been on hold for the 23 years," he said, referring to the length of time his son had been incarcerated.

He said he was grateful to attorneys-at-law Bert Samuels and Aon Stewart for taking up the legal challenge to free his son.

Justice Leighton Pusey, who heard the application, said the majority of the evidence provided to the court was favourable to Gordon, who was behind bars for more than 20 years. The judge said if Gordon was an adult offender, he would be able to apply for parole after 20 years and pointed out that Gordon's co-accused was already on parole.

"It must be said that the applicant has in effect, and in the eyes of the law, been incarcerated for a sufficiently long period of time that parole can be considered," the judge said.

It was the judge's finding that from the evidence before him, there was nothing to suggest that Gordon's release on parole would pose a risk to the public.

The judge ordered that Gordon be released on parole for four years, and upon successful termination of his parole, he must be released unconditionally.

Gordon's account of the incident was that he was at a dance at Lionel Town with some adult companions. He said they approached the driver of a Honda motor car that had two passengers aboard. Two of his companions pulled a gun on the driver and they all went into the motor car. The occupants were brought to Gutters, Manchester, where they were killed. Gordon said he had no knowledge of the plan to kill them. He said he wanted to run, but out of fear, he did not do so.

Gordon, who has been described by correctional officers as a peer counsellor, said he learned art while in prison and plans to earn a living from it.