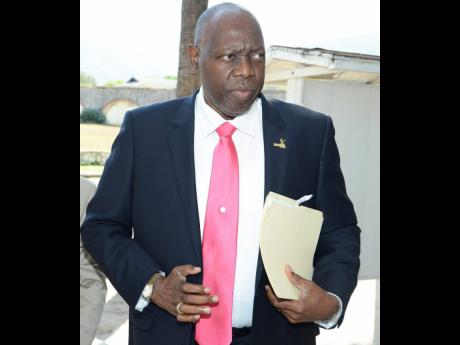 The Ministry of Labour and Social Security is refuting reports that there has been a reduction on the payment to beneficiaries of the Programme of Advancement Through Health and Education (PATH).

The Opposition People's National Party had demanded a clarification from the Government, citing reports on social media and complaints suggesting a reduction in the payments.

"The nature of the complaints are serious, as beneficiaries on PATH are the poorest in the society. Any reduction of funds to these individuals, be it large or small, is likely to have profound effects on these poor and needy beneficiaries," Fenton Ferguson, the opposition spokesman on labour and security, said in a statement.

The labour and social security ministry later issued a statement saying it was aware of the concerns, but "wishes to advise that there has been no reduction in the benefits provided by the PATH Programme".

The ministry, however, reminded beneficiaries that "children attending primary and secondary schools are required to maintain an 85 per cent attendance record in order to receive the full payment of their benefits".

It added that the payments made last Friday were based on school attendance during the months of January and February.

The ministry said beneficiaries who have queries on their payments are to contact its office in their respective parishes.

PATH is a conditional cash-transfer initiative funded by the Government of Jamaica and the World Bank and is aimed at delivering benefits by way of cash grants to the most needy and vulnerable in the society.