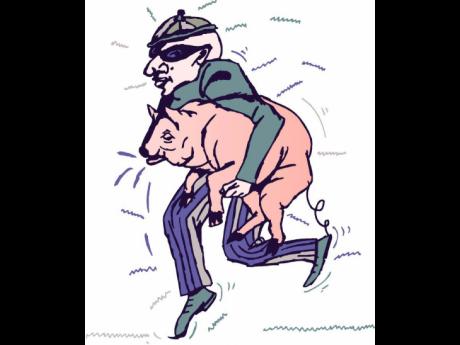 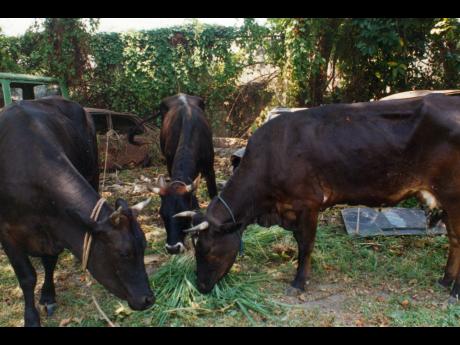 File
These cows were taken into custody by the Matilda's Corner Police, for safe-keeping, after they were allegedly stolen by three men who were arrested and charged with larceny of cattle. Praedial larceny is a huge problem faced by farmers island-wide.
1
2

The theft of livestock by criminal elements in the Kitson Town area of St Catherine has become a common occurrence to the point where affected individuals don't even bother to report these crimes anymore.

Small livestock farmers in the community told The Gleaner that they are willing to take matters in their own hands to stop these criminals, who mainly steal goats and pigs.

"It seems like the whole thing is done by an organised group of men who drive around in cars and steal our animals," stated a farmer from the area who identified himself only as 'Bingy'.

"Just Monday night they attempted to steal five of my goats, but I raised an alarm and the men drove off in a silver car," Bingy continued, adding that a total of five goats were stolen recently from two of his cousins.

According to him, many other persons in community who raised these animals for their livelihood and personal use have been hit by the livestock thieves.

"We don't even bother to report it anymore. All I can say, whoever is doing this find it to be a very good business. My information is that the thieves have ready market for the meat," charged Bingy.

The livestock farmers' account was confirmed by the Kitson Town police, who told The Gleaner that they have not received a lot of complaints about praedial larceny since the start of the year.

"The reports were more frequent in the latter part of last year, but since the start of this year, the reports have subsided," a spokesman at the Kitson Town Police Station revealed.

The spokesman said as part of the police strategy to combat the problem, they have started to convene regular community and farmers' watch meetings with residents, with a view to isolate anyone from the community who could be involved.

"In addition to regular nightly patrols, these strategies have worked to lower the incidence of animal theft," the spokesman said.