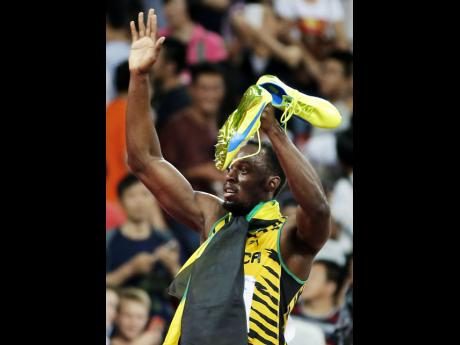 To any fan of track and field, Usain Bolt is much more than a great athlete. He is a global icon.

Bolt has risen from the rural district of Sherwood Content in Trelawny to become the holder of 11 World Championship gold medals and six Olympic titles, with world records in the 100m and 200m making him the fastest man alive.

Certainly, the intensity is building worldwide in preparation for the summer Olympic Games, in Rio de Janeiro in Brazil, and to witness the sprint king's final showdown, before retiring from the sport in 2017.

As the sprint legend looks to hang up his spikes, the discussion among some of his fans has been whether Jamaica had effectively utilised his fame or has allowed it to bolt.

Paulson Gordon, sports marketing lecturer at the University of Technology (UTech), wants Jamaica's leaders to focus on capitalising on Bolt's legacy in a bid to fill what he describes as gaps that exist in the country's sporting industry.

Speaking with The Gleaner in an interview on Monday, he said more could have been done over the years to maximise on Bolt's global success.

"Bolt's name is synonymous with Jamaica, and how we leverage that element of it, in determining the spin-off for the country, should have been explored more. Granted, there are issues, because he himself is a brand, and therefore you will need that level of communication or dialogue with his team to determine possible benefits for Jamaica," he said.

"One of the first things I think we could have done was to use his sporting legacy to improve on the sporting infrastructure. With the pull that he has, there must have been opportunities for us to see how best we could position Jamaica, so that potential partners who want to claim part of us can contribute to our infrastructural development. We shouldn't be a country at this stage having only three or four all-weather tracks," the UTech lecturer lamented.

Gordon added, "In addition, the development of sports tourism, that is another area I think we could have looked at. Over the last few years, there have been efforts to get that started. I'm hoping the momentum is still high."

The lecturer indicated, however, that he applauds efforts being made so far and urged policymakers to maximise on the upcoming Summer Games.

"We have expanded our market, and my experience in Beijing (China) indicated that. The outstanding performances displayed by our athletes have brought the significance of Jamaica to the fore. There has been some good for the country," Gordon said.

However, he said, "We have to be serious about building partnerships, and we have to start the networking now. We should not wait to get to Rio, but building the collaborations from early will be integral."

On the other hand, Chris Dehring who delivered the 2007 Cricket World Cup to the region, believes there has been significant improvement in investments, especially after the London Games.

"I think we have definitely benefited in terms of the UK (United Kingdom) tourism that grew after the London Olympics success. You will never be perfect in your exploitation, and so in terms of how we have maximised on Bolt's success; there is always room for improvement. Overall, I would give the country a passing grade," he declared.

I believe that as we look forward to the Games, we must use every resource at our disposal to try and utilise this one last opportunity of Usain in the sun. We have to put forward a sterling effort to invest in whatever support infrastructure is needed in Brazil to capitalise on this great man's exit, who we expect to be in a place of glory," said Dehring.

"This can give us a nice impetus for the next three or four years after the Olympics. He is our Pele (retired football player), he is our Michael Jordan (retired basketball player), this is our Muhammad Ali (professional boxer)," he said.