Douglas Orane: OUTRAGE AT THE EFFECTS OF VIOLENT CRIME ON OUR PRODUCTIVITY 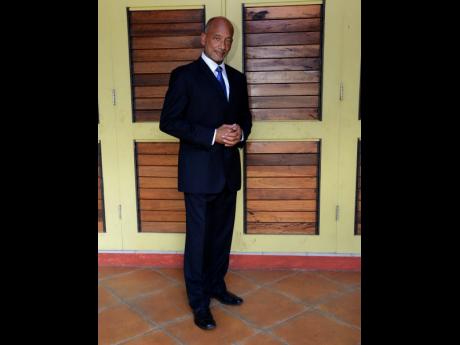 SNAPSHOT
I was both grieving and angry when I gave these remarks. Grieving for four GraceKennedy colleagues who had already been murdered since the beginning of that year, and angry at how violent crime was savaging our society ’s fabric. We had taken out a full-page ad, which appeared in that morning’s Gleaner newspaper, honouring our murdered employees and relatives and proposing prescriptions for change.

EXCERPT
GraceKennedy set a goal in 1995 to increase the productivity of everyone in GraceKennedy, from Raf to Rupert – Raf was then the chairman, Rupert the messenger – by 100 per cent in five years, and we actually did it. We actually surpassed the target. People said, ‘You’re crazy’, at the time. They said, ‘You don’t know this is in Jamaica? You don’t know that people lazy?’ I said I don’t agree with that, that’s not true. What people are looking for is an opportunity to improve themselves, if only we give it to them. So it can be done, and it has been done, and I would ask you to look at those targets to see if we’re really stretching ourselves in terms of what we’re aiming for. One of the issues that we’ve taken very seriously, and I personally take most seriously as chairman and CEO, is investing in our people. It might sound like a trite statement, but it is actually being realised as the ultimate competitive advantage in the world, and the reason is a simple one. The access to financing has become a global commodity, but the one thing that is very difficult to copy is a highly motivated, well-trained group of people, and that’s what I spend my time on.

2016 REFLECTIONS
A 2011 World Bank report suggested that Jamaica could achieve an additional five per cent growth per annum by us cutting crime rates to the levels prevailing in Costa Rica. At that time, Jamaica had a murder rate of 60 per 100,000 inhabitants, compared to Costa Rica’s rate of 7.8 per 100,000. Sadly, I’ve watched our society become progressively anaesthetised to violence and its effects. The risk that we face is surrendering the will to do what needs to be done. Let’s together address the root causes of crime by reducing inequality, rooting out corruption, protecting our children from trauma and abuse, accelerating justice, police and prison reform, and instilling positive values in every family. Let’s not wait for our personal lives to be invaded by violent crime to be prodded to take individual action.

- These are excerpts from Douglas Orane’s book – The Business of Nation Building: Excerpts from the Selected Speeches of Douglas Orane – now available islandwide.
Send feedback to douglasorane16@gmail.com