REACH! - Next generation of athletics stars ready to take baton from Bolt and company 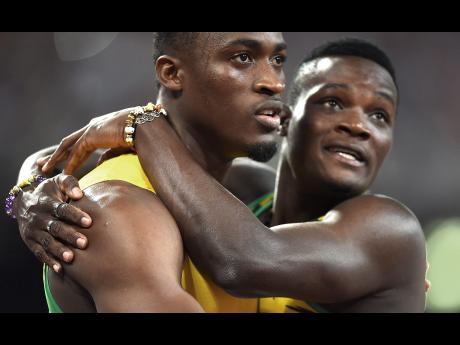 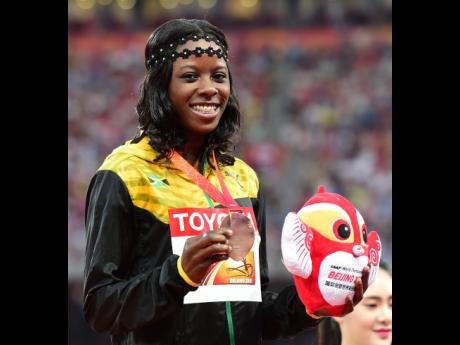 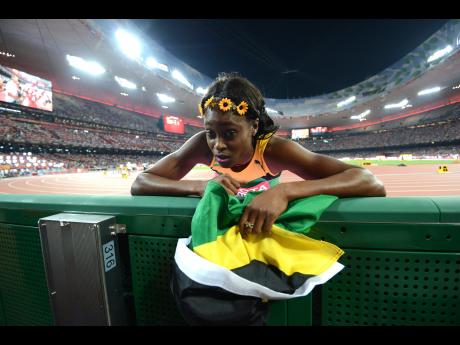 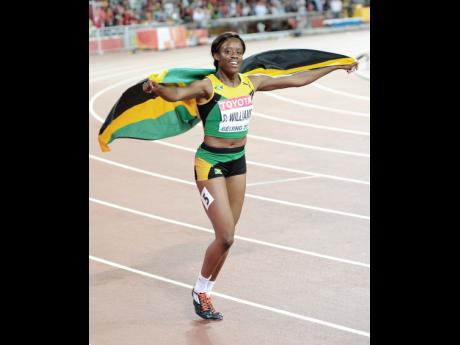 From Arthur Wint, Herb McKenley, Donald Quarrie and Merlene Ottey to today's standard-bearers Usain Bolt, Shelly-Ann Fraser-Pryce and Veronica Campbell-Brown, Jamaica's rich Olympic history has been scripted by some of the greatest names in sport.

Since making its entry at the 1948 Games in London, Jamaica has secured 67 medals, with cyclist David Weller's silver in 1980 being the lone non-athletics medal.

However, despite having at least one athlete on the podium at every instalment since then, with the exception of the 1956 (Melbourne) and 1964 (Tokyo) Games, it's really at the last two Olympic Games that Jamaica became a medal-mining machine, particularly in track and field.

The 23 combined medals won at the 2008 and 2012 Olympic Games in Beijing, China; and London, England, are almost half of what the country won at the previous 14 Olympics.

It should be noted that Jamaica competed at the 1960 games as part of a British West Indies team.

But with multiple medallists Usain Bolt, Shelly-Ann Fraser-Pryce, Sherone Simpson, Veronica Campbell-Brown and Kerron Stewart among the standouts, who are either already on the wrong side of 30 or just a few months away, the question of Jamaica's future takes sharp focus as Rio 2016 draws closer.

Several of the island's youngsters have already raised their hands, with last year's IAAF World Championships in Beijing serving as a coronation of sorts for the new breed of Jamaican athletics stars.

The most prominent among these is young sprint hurdler Danielle Williams, who raced to 12.57s, which not only made her the eighth fastest woman in the world last year, but gave her a shiny gold medal in the 100m hurdles.

Williams will look to take it one step further and win Jamaica's first Olympic medal in the event but is well aware that she faces a mighty challenge with the class present in the women's sprint hurdles.

Sprinter Elaine Thompson seems ready and able to lead Jamaica's next generation of female speedsters after a breakneck year that surprised many, with the soon-to-be 24-year-old winning a silver medal in the 200m in 21.66 - a time that is only bettered by one Jamaican - Merlene Ottey - and three other women.

Thompson is a real double threat, and her 10.84 personal best time in the 100m posted last year will only get better as she improves her first phase of that event. She has since added a bronze medal in the 60m at the World Indoor Championships and doesn't seem to be slowing down any time soon.

MVP Track Club's promising Shericka Jackson is another one to pay close attention to after she successfully transitioned from the junior ranks with bronze medal success in Beijing last year, in what she said was one of her least favourite events - the 400m.

Jackson registered her first sub-50 seconds clocking (49.99) to finish behind Allyson Felix and Shaunae Miller, beating many of her seniors and putting her name in the bag heading into this season.

In Rio, Parchment will also have to keep an eye on his countryman Omar McLeod, who ran the second fastest time in 2015 (12.97) but failed to spark in the final at the World Championships.

McLeod, who recently celebrated his 22nd birthday, looks an even bigger monster in 2016, going unbeaten in the 60m hurdles, including his gold-medal run at the World Indoor Championships and a 9.99 clocking in the 100m.

With no NCAA commitments in 2016, McLeod will no doubt approach the Olympics fresher than he was in Beijing last year and should pose a serious challenge for a top-three position.

Another man looking to make history is World Championships finalist Federick Dacres, 22, whose 68.02m early-season effort in the discus is not only the best mark in the world so far, but just short of the 68.03m distance which won bronze at the London 2012 games. If he can continue to improve or maintain his form, his will also be a name that stands out in Rio.

A number of high-school athletes, such as Akeem Bloomfield, who ran 44.93 last year in the 400m, are also expected to take a shot at qualifying for the Jamaican team heading to Rio.

However that turns out is left to be seen, but what seems certain is that there will be quite a few Jamaicans making their first trip to the Olympic Games with several of those also likely to push for top spots in the Brazilian city.