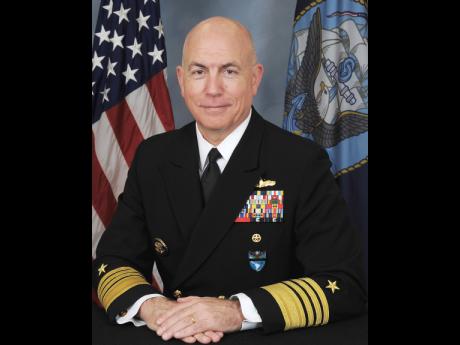 A high-ranking American security official has highlighted an urgent need for Jamaica and its regional and hemispheric neighbours to guard against radicalism that spurs terror.

Admiral Kurt W. Tidd, commander of the United States Southern Command, late last week stressed during a meeting with senior journalists that radicalism was on the rise in new shapes and forms.

“What we have seen is that, in this phenomenon of radicalisation, it can occur very quickly,” he said. “It is very difficult to detect.”

Asserting that radicalism is likely to surface just about anywhere at any time with a vengeance, Tidd said an alliance was needed to take the fight to the criminals.

“The only way that we can work on it (radicalism) is to work on it together by sharing information, and better understanding best practices,” he said.

The senior US official grabbed the opportunity to impress on the region the urgent need for collective vigilance to repel the scourge of terrorism.

He said focus must be placed on the source of the phenomenon and steps taken to combat it by pooling the efforts of law enforcement and military intelligence.

The US commander stressed that there was need for “the spectrum of people involved in the business of securing our common neighbourhood” to be involved.

Asked by The Gleaner to identify more vulnerable areas in the region, Tidd said: “As we saw in this phenomenon, it happens in any of our countries and we all need to be prepared to deal with it.

“For a price, these networks will move anything from narcotics and other illegal drugs; people (human trafficking); weapons; cash and other illicit materials,” he stressed.

“The domain of cyberspace is one that is truly global, and because of that, the threats can come from any place around the world.”

As such, he said: “We are sharing best practices and understanding how to deal with these threats and protect ourselves.”

Tidd was supported by US Ambassador Luis G. Moreno.

“On the embassy side, we have had training courses conducted by other agencies – by the State Department and others – on cyber security.

According to Moreno, the embassy has taken on the issue of best practices that it has shared with both the Jamaican Government and some private entities.

Tidd told The Gleaner that the issue of lotto scamming does not fall within his remit. “It is an issue that I would leave to the US embassy to address.”

He stressed that criminal networks that thread through the entire region, from South America through the Atlantic and Pacific, touch just about every country in the region.

“It’s really the pervasive nature of these networks that is the significant security challenge that we all must address,” he stressed.

Tidd and his counterparts were in Jamaica last week to strengthen an alliance forged by security mechanisms throughout the region as an effective force in the War against Terror.