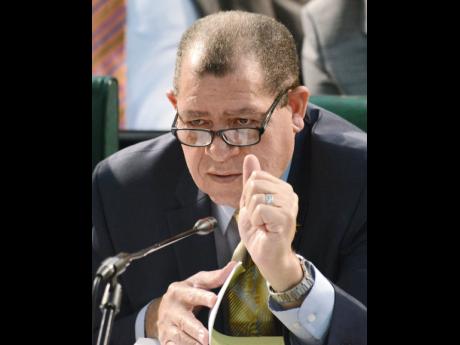 The Andrew Holness administration has committed to continuing a review of the compensation policy in the public sector even as there are growing concerns about an increasing number of professionals in critical state entities that are leaving these positions in droves to take up jobs in the private sector or to migrate.

Without providing data, Finance and the Public Service Minister Audley Shaw told members of the Standing Finance Committee of Parliament yesterday that in his few weeks in office, the problem of brain drain in the public sector has confronted him forcefully.

He said critical professionals in the public sector are taking up positions not only in the private sector but many are going overseas.

"It is something that is very urgent, and, in fact, I have asked the financial secretary to take whatever steps are necessary to speed up that process of review."

He alluded to Ministry of Finance officials, as well as technical personnel from the Bank of Jamaica to be among those who have made speedy departure from the public service.

The review Shaw spoke about was introduced by his opposition counterpart Peter Phillips who wanted to know whether the new administration would continue a review of compensation policy which was being pursued by the previous government.

Shaw told Phillips that the review was under way and was set for completion by the end of the calendar year.

According to Phillips, even as Jamaica grapples with the current high wage bill, "there is a haemorrhaging of high-level staff that is going to impair the overall capacity of the ministry to function as compared with your statutory bodies".

He said there were disparities in compensation which provided incentives to persons working in line ministries with the overall policy responsibility to leave and go to the statutory bodies to earn more.

"What I consider to be a tragic situation is where there are very few persons at the university taking up the offering of public financial management because they might be presumed not to have ambition."

He urged Shaw to address this discrepancy in the review of compensation policy that was not being conducted.

On the question of Government's review of public bodies and the divestment of some of these entities, Shaw reported that this issue, along with mergers of these quasi-government entities, is a hot topic for discussion between the Government and the International Monetary Fund (IMF).

"The review is being done across the board to include central government and public bodies. As a result of some of the conversations we have been having with the multilaterals - a team from the IMF is coming July, separate from the IMF review team to work on that project.

"It is not totally unrelated to the salary review situation either. We are targeting that we should have a full report before the end of this fiscal year."

However, Shaw indicated that decisions could be made by the Government long before the end of the fiscal year.

Turning to pension reform, Shaw told members of the Standing Finance Committee that Attorney General Marlene Malahoo Forte was now taking a final look at it before the document is sent to Cabinet for deliberation and subsequently tabled in Parliament.

Legislation dealing with pension reform was tabled in the last parliamentary term, but with the dissolution of Parliament, the bill went to the waste bin.

Phillips urged his government counterpart to ensure that adequate consultations are done with stakeholders such as the police, teachers and other public-sector unions.