Editors' Forum | Bring back two's better ... Gov't urged to encourage parents to not have more kids than they can manage 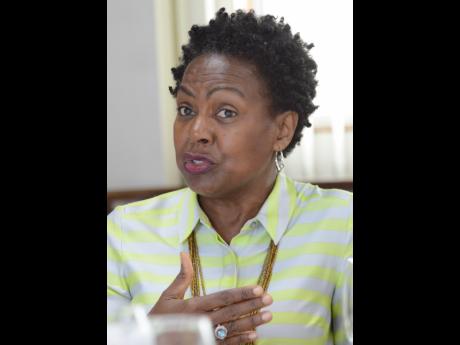 A member of the National Bioethics Committee of Jamaica is taking successive governments to task for failing to encourage persons to avoid the unethical practice of having children whom they are not able to properly nurture.

The issue was raised during a Gleaner Editors' Forum held last week at the company's North Street offices in Kingston, to discuss a number of problems being encountered daily by parents raising children in today's society.

"What I think is unethical is the people not being encouraged to be responsible. You see it happening, and because you think it is not 'politically' correct to tell them that they need to be more responsible with their child-bearing, they are allowed to run away," said Donna McKoy.

"Then, when it comes up, it becomes a problem not only for them but for the State."

Added McKoy: "There are people who you would see heading down a certain path and you'd say, 'You really should be careful that you don't have any more children,' and they go right there and have more children for different men. Nature always takes over and they just don't get it."

IMPACT ON THE CHILDREN

Despite the Government's far-reaching influence and responsibility for ensuring that Jamaica doesn't become overpopulated at the expense of the State, McKoy acknowledged the important roles that each individual citizen has to play in lessening the likelihood of poverty in the lives of their children and themselves.

"The impact is mostly on the children. The children are used for convenience and are not being monitored. They are not being taught; then they become problems to themselves and everybody else," McKoy argued.

She recommended that the authorities bring back and promote the 'Two is Better Than Too Many' policy, which encourages Jamaicans to limit the number of children they have to only two per couple.

"They (the children) are the ones being abused verbally, physically, emotionally, and everything. It's not fair; they didn't ask to be born. We as adults can do something to avoid them coming into this world and having that as their life," McKoy said.

"In all that is spoken about, it should point to encouraging more ethical behaviour. That's where I would have hoped the Values and Attitudes Campaign would have gone but somehow it fell by the wayside."