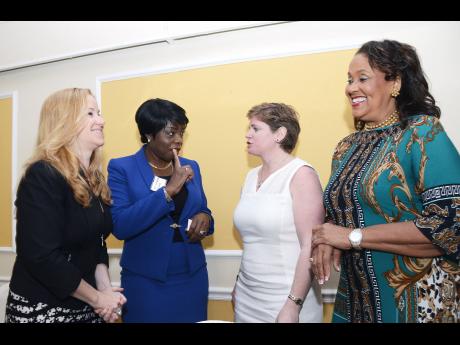 Despite plans to collaborate with popular social-media site Facebook to aid in the search for missing children, Emily Vacher, director of trust and safety for the network, has urged local investigators not to forget the basics of including the community and people.

This and other issues were discussed yesterday during a special workshop dubbed 'Investigative and Preventative Response to Missing Children: An Interactive Workshop for Law Enforcement'.

The two-day conference, which started yesterday at the Terra Nova All Suite Hotel in St Andrew, is hosted by the International Centre for Missing and Exploited Children (ICMEC), in collaboration with local advocacy group Hear the Children's Cry.

"This is just another tool in the investigators' toolbox. The police still need to go into the neighbourhood, knock on every door and talk to the people," she told The Gleaner.

"We realise, however, that as time evolves, we have to adapt and create additional avenues through which people can spread the message of child protection."

She continued: "When the issue is given, the next time they check their news feed, what they will see is a picture of the missing child, all the information about the case, and a link to whoever is managing the case, so that the information is always up to date."

Indicating that the programme has been launched in the United States, Canada, The Netherlands, United Kingdom and South Korea, she said they are excited to collaborate with Jamaica, noting that it was the first Caribbean country to be a part of the programme.

"The groundwork starts today. The plan is to make the relevant connections, see how best we can amend or implement policies in order to do the official launch later this year," she said.

"Even if you are a visitor in the country, the mere fact that you use Facebook means that you, too, can assist in the process. It's the police, it's the social worker, it's everybody coming together," she declared.

Betty Ann Blaine, founder of Hear the Children's Cry, said the collaboration is a step in the right direction, in a bid to curb the number of children who go missing every year.