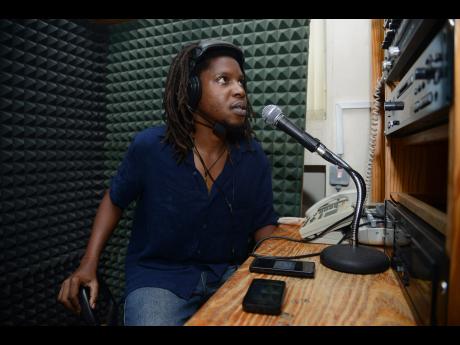 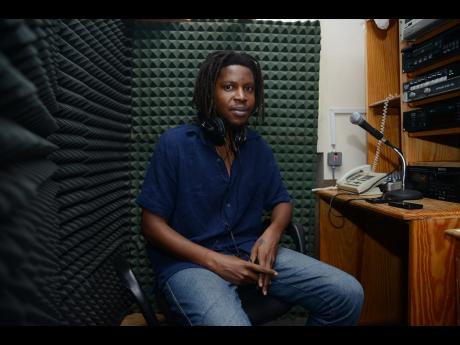 It is not very common for Jamaicans to pick Sweden as the country of choice to pursue any type of university degree.

For 28-year-old Orrin Carr, being accepted to the Royal Institute of Technology in Stockholm to do a master's in media management is something he would never want to pass up.

School starts in September, and, as it is now, he strongly fears having to do so because of only having managed to raise US$400 to go towards the US$46,440 required to cover tuition costs for the two years.

Carr told The Gleaner that he contemplated taking a student loan but dismissed the option when he was struck with the reality that his mother was still bearing the burden of paying off tuition fees for his literatures in English undergraduate studies, he completed at the University of the West Indies (UWI) in 2012.

"The opportunity is not an opportunity you would want to pass up because you can't pay your school fees. Mi still a pay back loan for my undergraduate studies. If mi never have a mother like the mother weh mi have, brethren, mi would haffi a bear dem ting deh pon mi shoulder," he said.

His decision to apply for media management was sparked by his love of the field, having been exposed to a number of high-school activities, including the Schools' Challenge Quiz, while at St George's College.

Carr applied to the Caribbean Institute of Media and Communication (CARIMAC), got selected to sit the entrance exam, but did not get through due to the unavailability of space.

Following that, he settled for an alternative that eventually steered him back towards his passion.

"CARIMAC ideally was the place that I saw myself doing the things that I like to do. From day one, since I was at St George's College, I was always interested in media. I played Schools' Challenge Quiz from second form to sixth form, and during that period, current affairs and all of these things that I used to study kind of pushed me over into learning about the media field and journalism, per se," he said.

"CARIMAC never had the amount of space to fit the people who did well on the entrance exam. A lot of things started to change in terms of the material I started to encounter in reading for my degree. I started developing ideas around creating some entity that would deal with development, more into creating physical opportunities around media, especially when I started to read about Marcus Garvey and (his) use of media in the early 20th century, having been able to set up the UNIA (Universal Negro Improvement Association) and having millions of members worldwide," Carr explained.

That led Carr into experimenting with Internet radio in 2010, from his bedroom in Portmore, St Catherine.

After moving on hall in his last year of university, 2011-2012, he delved deeper into radio, and from there, Zanj Radio was formed.

"One of the first things we started to do was play dub reggae because I wasn't hearing it a lot in Jamaica. In addition, at the time, I started airing an educational magazine-type programme that developed into different aspects of creative arts, education around cannabis culture, and education around afro-centrism. The name Zanj is a name given to people from Eastern Africa who were enslaved by Arabs but who managed to create a state within the Kalifet of Arabia," Carr said.

He added: "As time (went) on, I started to add other genres of music that you wouldn't necessarily hear on radio stations in Jamaica. I started to play African music from the '40s, '50s, no later than the '70s. We still have that programme called 'Sounds of Africa'."

Since leaving UWI, and with the help of 'Stand Up For Jamaica', Carr has been teaching Caribbean Secondary Education Certificate-level English to inmates at the Tower Street Adult Correctional Centre in Kingston.

This experience has helped him to gain more insight into the importance of providing solid opportunities for young people.

"For instance, I'm there and somebody gets released Thursday. Dem come back to prison the next Thursday," he said.

Carr welcomes any form of assistance that will help him realise his goal. He is appealing to anyone who is willing to contribute to developing another potentially powerful Jamaican to do so.

"Fi be honest, mi would welcome any assistance possible. Mi nah go just say, 'Give me the money'. Maybe someone can say, 'Mi can mek you speak to somebody who can put you in contact with a better thing', or 'Someone can pay for your plane ticket'. Mi just would welcome any assistance that would enable me to realise the thing to mek sure seh mi deh deh (in Sweden)," said Carr.