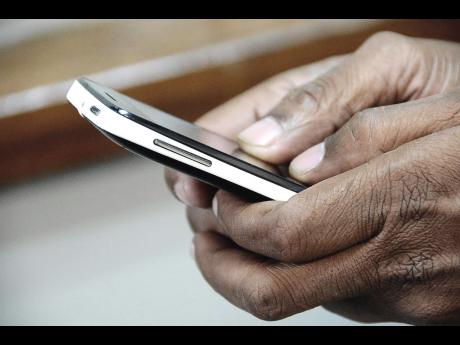 Symbiote Investments Limited, the newest player in local mobile telecommunications sector, is vowing to use price and quality service to take on the big two, FLOW and Digicel.

The company, which will operate as Caricel, says it will focus on the data section of the market as it tries to woo Jamaicans who are not satisfied with the service they are now getting.

"We will be extremely competitive in price and superior in service and technology," a Symbiote spokesman told The Sunday Gleaner late last week after the company confirmed that it had finalised an agreement with the Government to pay just under US$21 million for the use of the spectrum.

"Jamaicans will enjoy a coverage never seen before as we will employ the latest long-term evolution (LTE) 4G technology to focus on moving data," added the spokesman, who asked not to be named, as he is not yet officially approved to speak to the media.

According to the spokesman, the company should hit the market in a matter of weeks, and will initially offer its service in the Corporate Area and Portmore.

"We are ready to roll out and have conducted our tests. We have already invested US$50 million and expect to invest another US$50 million over the next three years while providing hundreds of jobs and business opportunities for Jamaicans.

"We will start in the metropolitan region but we already have towers secured islandwide and will quickly move to full coverage of the entire island," said the spokesman.

Financing not a problem

He added that financing is not a problem for the company, which is wholly owned by Jamaicans.

"We have agreed a payment plan with the Government and as soon as we get the official letter confirming that we have been granted a licence we will make the initial deposit of US$4 million within the 30 days allowed.

"We have persons here and overseas who have already expressed an interest in investing in the company and the local financial institutions have been very helpful," declared the spokesman.

Symbiote has already promised that Caricel will bring cutting-edge technology, lightning-fast broadband speeds and serious innovation to the industry so the Jamaican consumer will have first-world products and services.

The company was granted provisional approval for a spectrum licence earlier this year by the Portia Simpson Miller-led Cabinet, with the proviso that its principals pass a "fit and proper" test and an agreement that the licence could not be transferred without the approval of the relevant minister.

"It is a win-win for the customer. We are proud to welcome a wholly owned Jamaican company powered by Jamaicans to the telecommunications industry," said Minister of Technology, Science and Energy Andrew Wheatley as he announced the deal late last week.

"This is in keeping with the ministry's mandate of ensuring access to, and affordability of, telecoms services and the development and competitiveness of the sector for sustainable national development," added Wheatley.