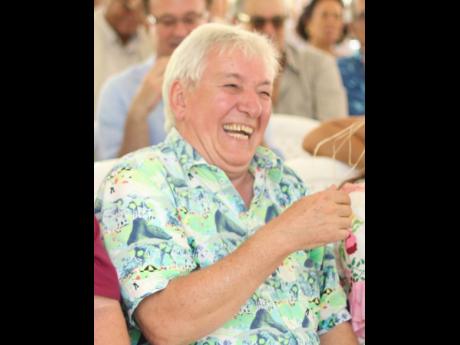 A little over a year after his wife Annabella's death, Ocho Rios businessman Peter Proudlock has made his transition.

Proudlock, owner of the historic Harmony Hall art gallery, passed away on Tuesday at his home in St Ann. His family described his death as sudden and unexpected.

"I had just spent the weekend with him. He was working up to the time of his death, operating the gallery," his stepson, Sebastian Ogden, told The Gleaner, stating he was shocked by the passing.

"It was unexpected. He was found dead at home," Ogden added, noting that his stepfather was not ailing. Proudlock was 66 years old.

Born in the United Kingdom, the Ocho Rios businessman moved to Jamaica in 1980, where he met his late wife. The couple and a few friends purchased the Harmony Hall Great House, restored and re-established the mid-19th century Methodist manse to its original glory.

Promoting excellence in, and broadening the appreciation of, Jamaican art and craft was the principal motivation for opening the gallery. Since then, it has received international acclaim

Proudlock and his late wife also operated two guest cottages - one in Costa Rica and the other in Ocho Rios.

An avid crossworder, Ogden said Proudlock enjoyed the occasional round of golf, adding that his stepfather was the life of the party. "He had a special laugh which is hard to describe. When you heard it, you knew Peter was there."

Proudlock's Facebook page was filled with condolences from a large group of friends from across the wide.

His nephew, Oliver Proudlock, said in his message: "You were larger than life, always made people smile, and you were an amazing uncle. Peter Proudlock, I love you, and I will miss you. Now you are back with your glorious wife Annabella Proudlock, both smiling together again."

Proudlock is survived by two stepchildren - Jessica and Sebastian.