We will rise, says Wisynco boss after massive warehouse fire 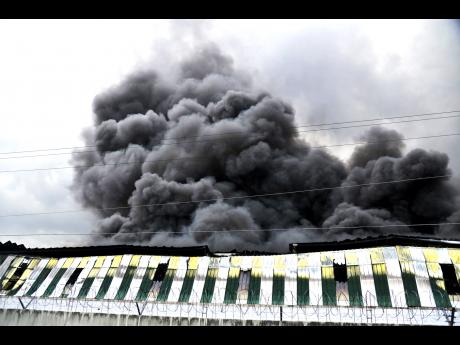 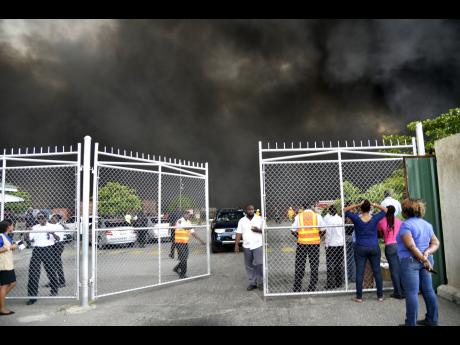 Norman Grindley
Norman Grindley/Chief Photographer Employees and other people look on at the entrance of Wysinco yesterday as the smoke from the fire blanketed the area. 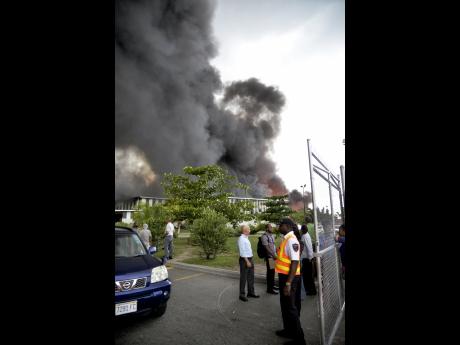 Wisynco chairman William Mahfood has described yesterday as a "very sad day" for his company, following a massive fire at its Lakes Pen warehouse in St Catherine.

However, Mahfood said his entity would overcome the disaster.

"We will rise and have much to be thankful for," Mahfood tweeted from overseas. "I want to thank all Jamaica and our great people for the outpouring of well wishes and love."

Mahfood also said he was thankful that there were no injuries.

At 4 o'clock on Thursday afternoon, while employees of the Wisynco Group were winding down their workday, a fire alarm went off.

One employee who works at the corporate offices at the Lakes Pen, St Catherine, property said she and her co-workers scurried outside to the assembly point only to see a massive blaze at the warehouse, which sprawls out on the property.

"The heat alone was awful," she said, asking to remain anonymous as she was not authorised to speak.

According to the employee, the fire started at the back of the warehouse.

"It just spread like wildfire," she said, noting that the warehouse usually contained polyethylene terephthalate bottles, which are flammable.

Another employee said several offices at the warehouse also went up in smoke, but there were no injuries.

"I have to say thanks to the firefighters and all those who are assisting in dousing the flames," Holness said.

In the meantime, another worker says she is concerned about the jobs of some workers as the fire has no doubt dealt a massive blow to the company.