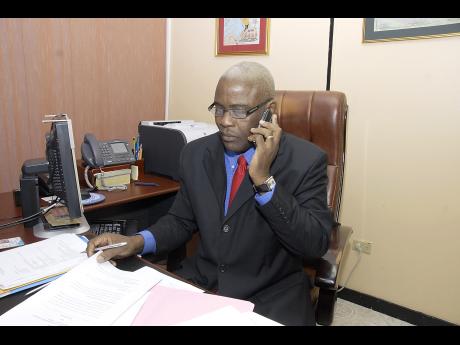 File
Peter Knight: The review satisfied the agency that the mitigating measures proposed would have limited impact on the residents and the environment. 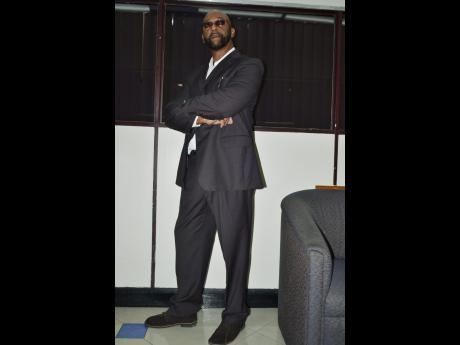 Peter Knight, the head of the National Environment and Planning Agency (NEPA), is refuting claims that his agency did not consult with residents of Farm Pen in Llandilo, Westmoreland, before granting permission for the construction of a petroleum storage and LPG dispensing plant in their community

In an emailed response to questions from The Sunday Gleaner, Knight said that planning and environmental permit applications were approved by the Natural Reservation Conservation and the Town and Country Planning authorities on March 15.

According to Knight, the permits were approved after visits were done to determine the suitability of the site, the potential impact of the operation on the neighbouring residents, and whether the residents would be opposed to the development.

He said two site visits were done between December 2015 and February 2016, which included community surveys involving 16 residents, with only one objection based on health concerns.

"The review conducted satisfied the agency that the ... measures proposed would have limited impacts on the residents and the environment."

Knight said during its site visit on February 18, it was noted that (LPG) tanks were on the site but not installed as preparatory work was being done.

"The applicant was contacted by telephone and advised not to commence installation or construction without the requisite approvals," said Knight.

"The agency strongly opposes the commencement of any development, operation, or activity where the relevant permissions have not been granted," added Knight.

When quizzed on the monitoring mechanism in place for such projects, Knight said the agency had a system.

"First, the agency looks to achieve full voluntary compliance with the conditions of the planning and environmental conditions included in the permit or approval. The enforcement staff routinely monitors for compliance.

"The monitoring is cyclic and may be in response to complaints. High-risk developments are placed on a special monitoring list. The monitoring in this case is scheduled and mandatory," said Knight.

He said with the results of both surveys predominantly positive and measures in place for the concerns about dust control, the permit was granted.

The NEPA head also claims that the project met international standards pertaining to the distance of the project from private homes.

But residents are challenging NEPA's claim, saying that they are unaware of any consultation and that they don't want the plant on their doorsteps.

"My property is the closest to the development and no one asked my views," said returning resident Ashton Pitt.

"Those who would have participated in the survey are the informal occupants, who will say yes because they are afraid of being thrown off the property.

"Whether they are squatters or not, NEPA and the parish council should have given consideration to the many children who live in the immediate vicinity of this potentially hazardous operation, plus the threat of seeing the properties of legal owners losing value," added Pitt.

According to Pitt, who has a residential subdivision approval from the local authority for three residential lots next to the controversial site, letters of objection to the construction of the gas plant were hand-delivered to Councillor Bertel Moore, who is the Mayor of Savanna-la-Mar and chairman of the Westmoreland Parish Council.

Objection letters were also sent to Opal Beharie, the secretary manager of the council; Ava Murdoch, the superintendent of roads and works; Grace Whittley, director of planning; and Councillor Devon Thomas of the Llandilo Division, where the gas plant is located.

Pitt said a letter was also sent to the office of the permanent secretary of the local government ministry, but he had received no response.

"This is just another sad case of how we treat environmental issues in Jamaica. It is time we simply admit that we don't have an environment regulator," said environmentalist and chief executive officer of the Jamaica Environmental Trust Diana McCaulay.