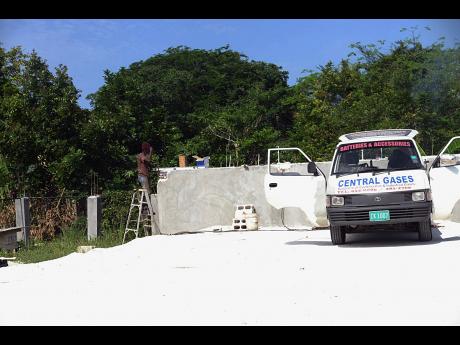 Mark Titus
A worker on the site where the gas plant is being established in Farm Pen, Llandilo, Westmoreland. 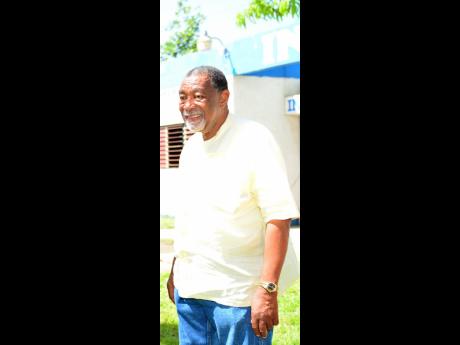 File
Bertel Moore: "One must bear in mind that the area allows for a mix of commercial and residential."
1
2

Chairman of the Westmoreland Parish Council Bertel Moore and Grace Whittley, director of planning at the council, are defending a controversial decision to allow a petroleum storage and LPG dispensing plant to be established in Farm Pen, Llandilo, Westmoreland, despite protests from some residents.

While admitting that they received a letter of complaint from the resident who lives closet to the plant, the council officials told The Sunday Gleaner that the development could be allowed as the area had also been designated for commercial use.

"That area, under the Development Order of 1978, was for agriculture. Over time, it has changed from agriculture to residential but is now commercialised," said Whittley as she argued that the final approval was granted by NEPA (National Environment and Planning Agency).

"All applications come to us. Depending on the scope of work, it has to go to NEPA because other licences are needed for it to be approved. We don't do everything. There is an environmental part, a planning part, and a building part," said Whittley.

"NEPA deals with the environmental and the planning part. We can also look at the planning and the building part, but to suggest that the final decision was based on our recommendations is ridiculous," added Whittley.

But in his response to queries from The Sunday Gleaner, head of NEPA Peter Knight said his entity was advised by way of a letter dated July 22, 2015, from the local authority that there were no objections to the development.

According to Knight, the letter also stated that the land use for the area was mixed use, comprising residential and commercial.

Some residents charged that the development was approved because a family member of the developer was once a senior employee of the parish council. Moore was quick to rubbish that claim.

"This is definitely not how this council operates. Yes, it's a fact that he was employed here, but that has nothing to do with the decisions made or recommendations made about any application that comes to us," said Moore.

But Moore could not say what plan the council has put in place to deal with an accident at the gas plant.

"We don't have a contingency plan, but one must bear in mind that the area allows for a mix of commercial and residential; that the developer is a legal owner of his property; and, more important, that most of the persons in that area are squatters," said Moore.

In the meantime, Andrew Williams, the developer of the controversial project, is convinced that the community supports it.

"The feedback from those living here is that they are happy for such an economic activity at this time because it will be an additional source of employment," said Williams.