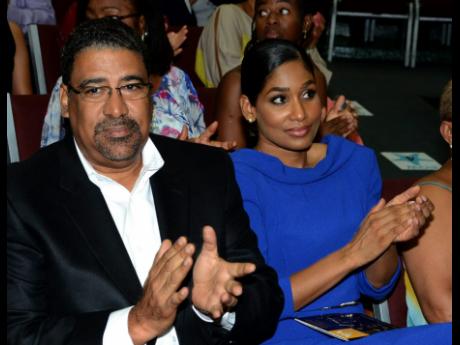 When the Opposition People's National Party (PNP) convenes its annual conference in September, the circumspect Dr Wykeham McNeill and the outspoken Lisa Hanna will be among the persons vying to fill the four vice-president (VP) slots.

During yesterday's meeting of the Executive Council of the PNP's Region Six, in Montego Bay, St James, long-standing vice-president, South St James MP Derrick Kellier, announced that he was stepping down and in making his announcement endorsed McNeill, a five-term member of parliament (MP) in Western Westmoreland, as his preferred choice to replace him.

In a show of solidarity with Kellier, the delegates subsequently selected McNeill unanimously as the region's pick to secure a VP slot come September.

"Once Comrade Kellier endorses Wykeham, it was a done deal for us ... . Comrade Kellier was our leader for a long time, and if he thinks Dr McNeill is fit and ready to step up, so say all of us," a delegate told The Gleaner.

Hanna, the MP for South East St Ann, who has been hinting for a long time that she wants one of the VP slots, made her intentions official yesterday, via an online post, under the caption, "I AM RUNNING FOR VICE PRESIDENT."

In the post, Hanna declared that she wants to build the PNP so that it can take bold and progressive foreign-policy steps so that Jamaica can become a country of choice in which to live.

"I want to help build a party that ensures that we take bold and progressive foreign-policy steps and point out to other countries that they would be honoured to have our people visit based on our history of courage and tenacity."

It is unclear if Kellier will be the only one to step aside voluntarily.

While this is the first time that Hanna will be taking aim at such a vaunted position in the PNP's hierarchy, McNeill has done so before.

He supported Phillips in that contest.