Suspects in policewoman's murder to be charged in days 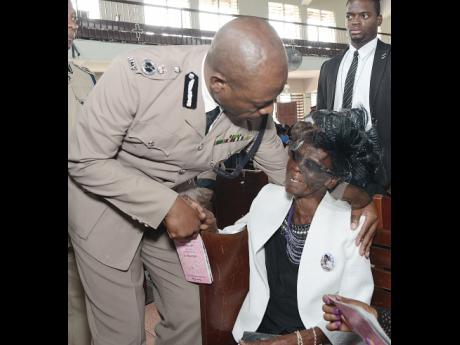 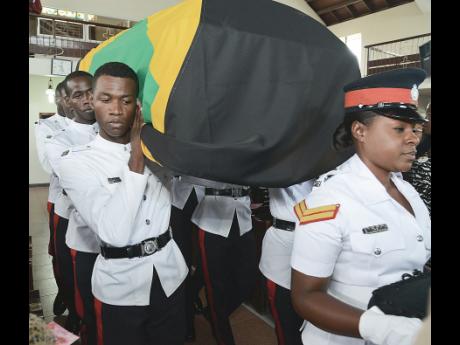 Police Commissioner Dr Carl Williams has indicated that an individual or individuals will be facing the court within days to answer for the April murder of Corporal Judith Williams.

“Before the week is out, I guarantee you that charges will be laid,” the police commissioner vowed as he addressed mourners attending yesterday’s thanksgiving service for Williams at the Hagley Park Seventh-day Adventist Church in St Andrew.

In his tribute to Williams, the police commissioner sounded a personal note, as the corporal was attached to his office up to the time she was attacked and shot six times on her way to work on April 28.

She died the next day.

“Corporal Judith Williams was a very pleasant person, the most unlikely victim of a murder ... . Words are not enough to express the depth of our sorrow or the scope of our pain,” the police commissioner said.

National Security Minister Robert Montague spoke of the corporal’s love for her children and her care for the children of others.

“She served this country for over 16 years, giving dedicated service. She was a pleasant woman, a joyful woman, an ambitious woman; a woman who extended love to her children and love to her community. You measure a person not by how they measure their children but by the way they love other people’s children, and Judith Williams loved other people’s children,” he said.

The five daughters and son of the 54-year-old woman corporal spoke of her strength as a woman and her constant encouragement to them.

One of her elder daughters, Tanisha Archibald-McKenzie, told mourners that her bond with her mother grew even stronger after she migrated, as Williams would regularly call her to offer encouragement and advice.

The ability of the woman corporal to encourage her children also extended to her coworkers who lauded her willingness to seek out opportunities to not only send messages with scriptural references but also to give a listening ear whenever needed.

Since Williams’ death, the police have taken a number of persons into custody in connection with her murder, including a policeman.