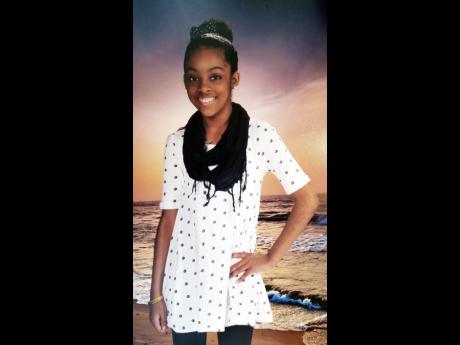 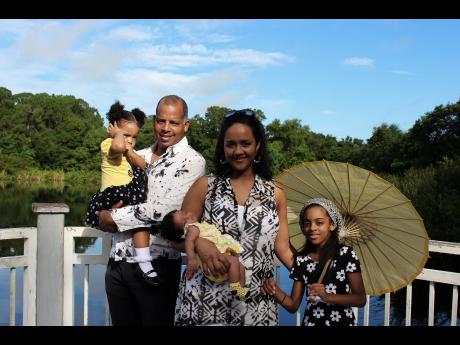 Between having severe challenges during the first three weeks of her life and being diagnosed with cerebral palsy (CP) a few months later, the last thing Leana PeliciÈ expected was to be awarded the United States President's Gold Award for academic excellence.

Leana's mom, Rishille Pelicie, told The Gleaner it has been an emotional yet rewarding journey watching her 11-year-old daughter's development with CP, a neurological condition that affects body movement, muscle coordination, and balance.

"It [CP] goes from mild to severe. Right now, it is mild. She came [was born] at 32 weeks. However, we didn't know that she had the condition until she was about a year old. We always knew that something wasn't right, but the doctors kept telling us that it was because she was premature and she had developmental delay. My sister, however, insisted that we take her to a paediatric neurologist and that's when we found out," she said.

"I had a traumatic pregnancy. When I was about five months pregnant, I went into labour. For 10 weeks, I was flat on my back. I couldn't even sit up to eat. I haemorrhaged the entire time I was there. It was tough," PeliciÈ recalled.

"Throughout all of this, however, I held firm to the belief that it was the Lord who gave us this promise. Whatever she was born with, this is my promise."

The rough patches did not end at birth, as the first three weeks after Leana was born, she had to overcome another set of hurdles.

"Leana was three pounds. She also picked up an infection and so her weight fluctuated. She encountered numerous challenges, but we prayed, and after three weeks, she was fine," PeliciÈ told The Gleaner.

"At a year old, she wasn't walking. She wasn't sitting up, but she was talking. She actually spoke from she was nine months old. She never babbled. We tried to get therapy, but at the time, it was not a common thing in Jamaica, so she would get it once a week. After a while, the therapist said this is it, there is nothing much they can do," she continued.

The family eventually took Leana to Cuba to continue with therapy. There she started showing positive signs and was responding to treatment.

Leana returned to Jamaica where she started preschool, then went on to Vaz Preparatory School in Kingston.

She was home-schooled for a while, but shortly after, the family migrated to the United States.

As such, Leana was enrolled in a school in the US where her mom said she faced a new set of challenges, including discrimination.

"She started school and was placed in grade three, but she struggled. She was particularly weak in maths. It was a public school. Her father was travelling back and forth and we were indecisive as to what would happen, so there were a lot of things working against her emotionally. We eventually decided that we were going to let her repeat second grade," she recalled.

"Leana was always very vocal about her feelings and so she would always express her discomfort and the challenges she was having. She cried a lot and kept telling us how much she missed her friends back in Jamaica. It was a very rough transition coming into this environment," she continued.

"She also experienced racial discrimination, and that one hit her like a rock. As parents, we had to keep reassuring her of her worth and value."

PeliciÈ said it was constant prayer and the hard work of Leana's grade-three teacher which resulted in a transformation in her attitude and grades.

"When she got to grade three, there was a teacher who pushed her but understood her, too. Then the transition came. We heard Leana start to talk about goals, we heard her talking about wanting to get all 'A's. By the time she got to grade four, she joined the choir, she tried out to be a broadcaster, news anchor, while getting 'A's and being on the honour roll," said the proud mother.

Leana was initially intimidated by the thought of being in grade five, but she never stopped fighting. The rewards then started to come in. She received awards for musical excellence and best announcer. Her artwork was exhibited at the county office for the school, and on May 26 of this year, she was given the President's Gold Award for educational excellence.

"This is not what we were aiming for. We just did our best as parents, and Leana never stopped fighting," Pelicie said.

Leana told The Gleaner that being recognised at that level was a huge accomplishment.

"I was very excited because I would never imagine that I would be recognised by the president, so it was a big deal for me," said the 11-year-old.

"I like school. Even though there are challenges sometimes. I know I am there to learn, so I make the best with what I have," she continued.

Pelicie is encouraging parents not to give up on their children.

"I know the struggles. This is our first child, so, of course, we had our challenges coming to grips with the reality. We couldn't take walks for granted. Somebody had to be with her all the time. We had a couple incidents where she had to be rushed to the hospital because she burst her head, but we have learnt that there is purpose in everything," she shared.

"When you are given a child with a particular challenge, you were chosen by God because you have what it takes to give the child a good life. I encourage parents not to be daunted, keep pressing, because even if they can only squeeze your hand, there is purpose," she encouraged.