T&T Prime Minister to visit to Jamaica for immigration, other talks 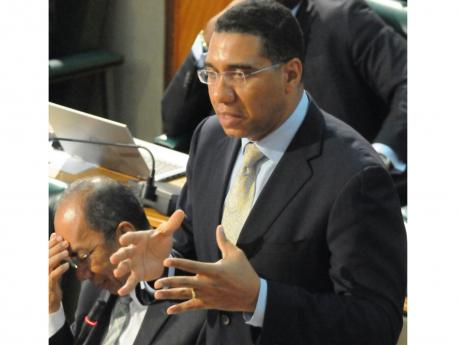 Prime Minister Andrew Holness said he began discussions with the Trinidadian PM during bilateral talks at the Seventh Summit of the Association of Caribbean States in Cuba on the weekend.

Prime Minister Andrew Holness says the Prime Minister of Trinidad and Tobago Dr Keith Rowley is to visit Jamaica "in the near future" to continue talks in relation to immigration and other issues involving Jamaica.

He has committed to including the Opposition in the talks.

Holness began the discussions with the Trinidadian PM during bilateral talks at the Seventh Summit of the Association of Caribbean States in Cuba on the weekend.

Speaking in Parliament Tuesday afternoon, Holness said he had "very frank" bilateral talks with Rowley on the vexed issues between the two nations.

According to Holness, Rowley gave an assurance to address issues surrounding the treatment of Jamaican detainees in the twin-island Republic.

He said at present, 53 Jamaicans are detained in Trinidad awaiting flights back to Jamaica.

Relations between Jamaica and Trinidad and Tobago have been strained in recent times over the treatment of several Jamaicans earlier this year.

The Private Sector Organisation of Jamaica has called for Jamaica to take tough actions to force Trinidad and Tobago to take corrective measures.