Carter's 'B' sample comes back positive 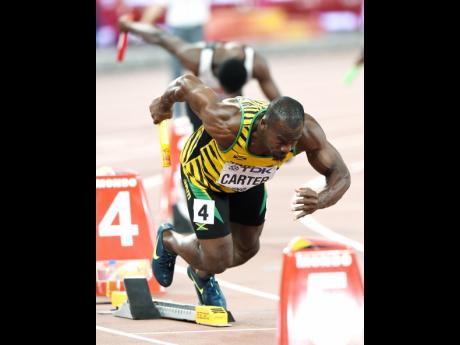 File
Nesta Carter leaves the blocks in the final of the men's 4x100 metres at the IAAF World Championships in Beijing, China, last year.

Jamaican sprinter Nesta Carter is now expected to have his case heard by an International Olympic Committee (IOC) panel after news was received that his 'B' sample confirmed the presence of methylhexanamine - a banned stimulant.

It was recently revealed that the 'A' sample of the experienced sprinter had returned an adverse analytical finding following retroactive testing carried out by the IOC of samples from the 2008 Beijing Olympics.

Sample from 2012 Olympics to be retested

The IOC had also announced that it would take another look at samples from the 2012 Olympic Games and that samples from all medallists from both instalments would also be revisited, using improved technology.

Thirty-one athletes returned positives from 454 retested samples from the Beijing 2008 Olympics, with another 23 turning up from the London 2012 samples after 265 were retested.

It is understood that Carter's 'B' sample result was received two days ago.

Carter ran the first leg as Jamaica's 4x100m relay team, which also included Michael Frater, Usain Bolt, and Asafa Powell, recorded a then world record 37.10 seconds to win gold ahead of Trinidad and Tobago and Japan in Beijing.

Neither Carter nor his agent, Adrian Laidlaw, has responded to questions nor have they made themselves available for comment.