Ruel's ratings fall - Outstanding educator yet to impress in ministry 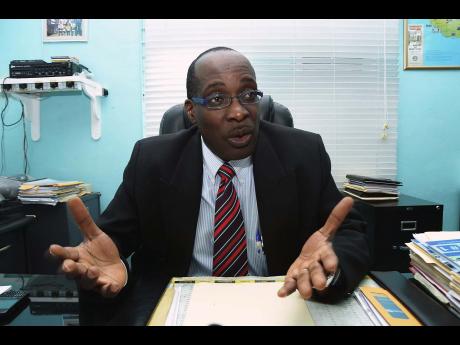 But in the first 100 days of the life of the administration, the man who many say was instrumental in returning Jamaica College to its glory days has failed to convince all Jamaica that he is ready for the job, and panellists at a recent Gleaner Editors' Forum generally found him wanting in a number of areas.

"The disparaging signs are the two policy initiatives that have come. One, you are making a huge shift from early childhood to what is effectively remedial education ... for those who didn't get through ... so we have gone and put the money at the wrong end and it was done for political reasons," Opposition Spokesperson on Education Ronald Thwaites told the forum.

Thwaites, who gave the Holness administration a six for its performance in its first 100 days, also expressed concern that early childhood education was not given priority in the education budget.

He argued that the evidence shows that expenditure on the early stages of education creates greater returns in terms of academic achievement and economic benefits.

In her assessment of the performance of the education minister, entrepreneur Yaneek Page welcomed the continuation of plans to introduce courses in entrepreneurship at the primary level, and added that she would have wanted to see greater investment in the HEART Trust/NTA.

"That entity is oversubscribed considerably, in some cases by more than 1,000 per cent, and there is a lot of potential in terms of the skills that need to be developed," she said.

"Where he has failed for me is he said no auxiliary fees. Now there is a price tag of about $4 billion dollars to remove auxiliary fees from the 164 high schools islandwide, and the promise of $7,500 is already there because most of what he has promised is already there in various programmes," said Mayne as he outlined what he understands of the policy being implemented by the education ministry.

According to Mayne, there is a huge disconnect between the policy pronouncements of the minister and the reality of implementation.

Head of the Mona School of Business and Management, Professor Densil Williams, expressed concern that Reid and the administration have showed little attempt to fully fund the entire education system.

He said this was important given that education has been proven to increase productivity, one of the critical ingredients of economic growth.

"A significant part of the push for this growth agenda has to be an education revolution. That is where I think the discussion has to be.