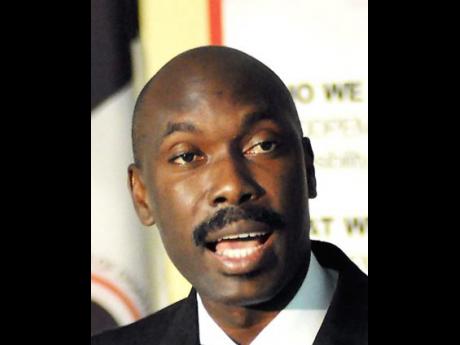 Director for Safety and Security in Schools in the Ministry of Education Assistant Superintendent of Police Coleridge Minto says the ministry will be investigating the alleged beating of a female student at Charlie Smith High by a school resource officer attached to the institution.

When The Gleaner spoke with Minto, he was unaware of the incident, which took place two weeks ago, but said: "I am going to be doing some checks on it ... . The ministry will be investigating and looking into what happened."

A video of the incident, which is being circulated by students at the school, shows a constable attached to the Denham Town Police Station manhandling and choking the female student.

The constable also attempts to hit the student with a baton but is prevented by the dean of discipline, who shields her from the blow.

A statement prepared by the constable, which was obtained by The Gleaner, indicates that the grade nine student was behaving "in a disrespectful manner".

According to the statement, the constable took hold of the student and tried to restrain her with the assistance of another member of the police force.

The constable's statement also detailed a host of threats made by the student.

"While performing my duty, I observed a number of male students in a classroom ... gambling. While dealing with the situation, a number of students started gathering close to the police. I asked them to leave and they complied except *name of student*. I asked her to leave numerous times, but she started behaving in a disrespectful manner ... . I took hold of her and she grabbed me in the chest," the constable's report stated.

When The Gleaner tracked down the grade nine student involved, she relayed a contradictory version of the events.

"Gambling was going on in the classroom because no teacher was inside. I was on the outside and (the constable) come and take one of the boys and a punch him and manhandle him ... . A crowd of students gather round them, and him take out a pepper spray, and mi tell him don't spray it here so ... . I ended up walking away and then him grab me from behind ... and him start fight me," she told The Gleaner.

The 15-year-old, who was transferred to Charlie Smith in September of last year, said she recalled ending up on her knees and feeling the policeman's knee in her back.

Even after she escaped the grasp of the policeman, he persisted.

"Mi go bathroom and did a fix mi clothes ... by time mi fi reach outta the bathroom, him grab on pan mi and buss off the whole a mi button them. Then him hold mi inna the wall and did a choke me ... him swing me and lick me three time inna mi back and one time inna mi side and bite mi pan mi finger," she said as she displayed the bruise resulting from the bite.

Having been denied medical treatment by doctors in Kingston, who expressed hesitation about becoming involved in a police matter, the student was taken to a doctor in Spanish Town, where she was attended to.

A copy of the medical report, seen by The Gleaner, confirmed bruises to the student's back and neck. The report also noted bite marks on the girl's fingers.

The teenager's mother told The Gleaner that she was very upset about the incident and very distraught that her daughter would have to answer to four charges that were made against her by the policeman.

"They laid four charges against her: disobeying the law, resisting arrest, assaulting an officer, and threatening a police officer. I had to bail her the evening, and they said CDA (Child Development Agency) is involved, but CDA has not called me yet," she said.

When The Gleaner contacted Garth Gayle, who is principal at the school, he said that the matter was being dealt with by the school.