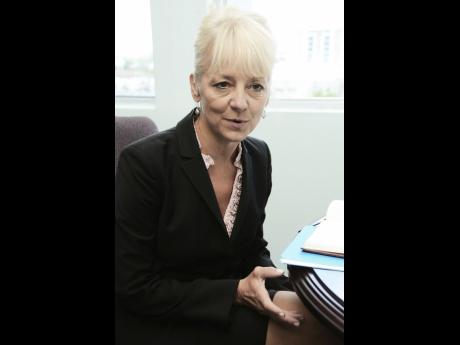 The big 12.8 per cent increase in electricity charges announced by the Jamaica Public Service Company (JPS) yesterday is just one more increase consumers said they have been bracing for, ever since Finance Minister Audley Shaw announced the new tax package on May 12.

Urging consumers to conserve on electricity usage, Jamaica's only power distribution company said in a statement yesterday, "Customers will see an average 12.8 per cent increase in their bills this month. This is due to a combination of factors: (i) an increase in the cost of the fuel used for electricity generation, due to rising oil prices on the international market; (ii) the impact of the recent increase in the special consumption tax (SCT) charged on the heavy fuel oil (HFO); and (iii) the continued devaluation of the Jamaican dollar."

The overall increase will result in residential customers paying US$0.21 per kWh on average for electricity in June, compared to US$0.19 in May. This means that the average residential customer using 165 kWh of electricity for the month will see a J$500 increase in his or her June bill, which will move from $3,875 in May to approximately $4,372 this month.

Consumer complaints have been growing over the past month, as they took to talk shows and across media outlets, sharing experiences about paying significantly more for goods and services.

"I knew this was going to happen. I expected it. I was just waiting for that shoe to drop, and now here it is. Ever since Shaw raise the gas tax, everything gone through the roof. You should see my gas bill now, and I have to work in the country, and come back to town every week," salesman Francis Jones told The Gleaner yesterday.

Marcia Walker said: "Ever since the new taxes, every week I go to the supermarket, things more expensive, now this. How we must manage?"

However, according to JPS President and Chief Executive Officer Kelly Tomblin, despite this month's increase, electricity bills will still be 20 per cent lower than they were in June last year, when customers were paying US$0.27 per kWh.

"This is definitely not the best news for us at JPS, or for our customers. [Year] 2015 and early 2016 were particularly good for us, as our customers saw an average 30 per cent reduction in their overall bills, because we consistently passed on the savings from lower oil prices and the improved efficiency of our generating plants. Unfortunately, with the price of world oil prices trending upwards, the cost of electricity will increase," Tomblin explained.

"The good news is that, in another 60 days, we will begin to use LNG to generate electricity at our Bogue plant, and this will contribute to greater stability in the price of electricity," in addition to "the construction of the new gas-fired 190MW plant in Old Harbour Bay, St Catherine. By the end of 2018, approximately 50 per cent of our overall generation will be from natural gas, and approximately 10 per cent from renewable."

Following his Budget presentation, the finance minister had said "this tax (on fuel) does not apply to Jamaica Public Service at all. It is only related to SCT (special consumption tax) for fuel for road transport only."