Extortion still a burden in the old capital 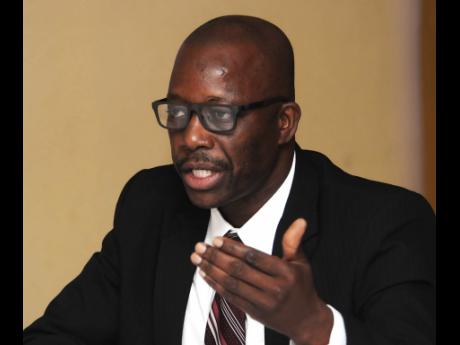 The police have revealed that criminals last year collected an estimated $400 million in extortion money in Spanish Town, St Catherine.

According to head of the Jamaica Constabulary Force Counter-Terrorism and Organised Investigation Branch, Senior Superintendent Clifford Chambers, the problem of extortion is made worse by uncooperative business people.

"It is a very tricky situation, as even when you contact business persons, they are not helping us. Even when you tell them that the police are able to install a covert mechanism in their businesses to gather information to prosecute those involved, they still don't agree," Chambers said. He was speaking at a recent Gleaner growth and development forum in Spanish Town.

He said that the police would continue to work to clamp down on extortion, but admitted that the force needs the full participation of the public to topple the problem.

Meanwhile, Dennis Robotham, president of the St Catherine Chamber of Commerce and Industry, said that Chinese nationals are a preferred target of extortionists.

"We are working with a committee to change the culture of these Chinese national investors. We want to show them that extortion is a problem that must be addressed. So far, we have done two meetings which showed signs that it (extortion) can be controlled," Robotham said.