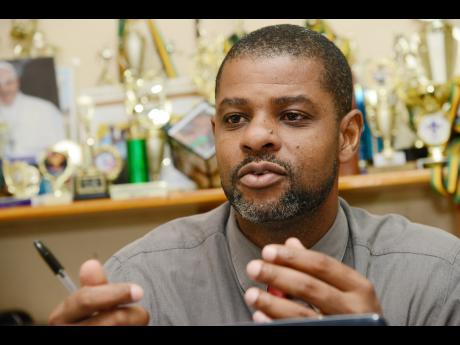 "The performance this year was not as good as last year, so we are a bit disappointed," he said frankly when The Gleaner visited his school to get reactions to the GSAT results, which were made available to students yesterday.

According to Wright, the results were expected to be worse, based on the data that he had been tracking since the start of the school year.

"We recognise that the numbers don't lie, and we have the data because I collect the data at the end of each school year and present it to the staff. So when I presented the data, we were worried about what would happen come June, but the teachers made a gallant effort," he said.

Pointing to the bright sparks, Wright said he was proud of those students who did well and noted that the data he had on the students would have predicted their performance.

The top boy and girl at the school gained averages in the 90s and will be headed to St George's College and St Andrew High for Girls, respectively.

A majority of the students at the school will be headed to Vauxhall High.

Wright indicated that his students would do well at Vauxhall as he expects them to be inspired by the fact that the school has produced a Rhodes Scholar.

Armed with data on his current grade five cohort, Wright plans to implement a host of interventions to ensure that next year's GSAT results will improve.

"I am thinking about having the grade five teacher move with the students to grade six, and we will also be making more use of the computer facilities that were donated by Sutherland Global," he said.