Holness gets it right! - Munroe applauds PM for style and substance of financial information released 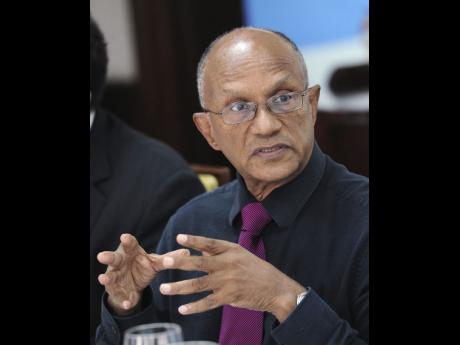 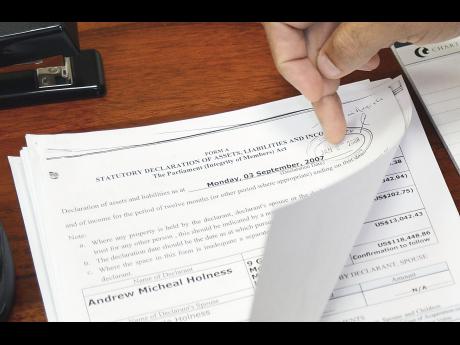 Executive director of National Integrity Action, Professor Trevor Munroe, has applauded Prime Minister Andrew Holness for making public his filings to the Integrity Commission over the past 10 years.

Munroe has also endorsed Holness' decision not to make the full filings public, instead sharing them with the media which are publishing aspects of the report.

"It is a major advance following on the major step taken by Member of Parliament Julian Robinson a few weeks ago, which I commended, as I now express appreciation to the prime minister for having taken that step," said Munroe.

He noted that the declarations have to be extremely detailed, as required by law, with information on the financial institutions, account numbers, and addresses of properties, and argued that to ask political leaders to release them in full would be unreasonable.

"For those kinds of details to be released to the general public, in my opinion, is quite unnecessary and could be harmful and a possible invasion of the right to privacy. I understand and appreciate why Julian Robinson and Prime Minister Holness did not simply send the 10 or 12 pages to all media houses at the same time.

"I would certainly wish a level of trust in whosoever I reveal it to that elements of information that would not help the public, but could be harmful and invasive, I could trust them not to reveal that," added Munroe.

The anti-corruption campaigner said Holness has contributed to transparency in the island, as before him only Robinson and former Prime Minister P.J. Patterson had released their financial information.

According to Munroe, he is also heartened by the declaration from Holness that he will be introducing legislation to make it mandatory for other political leaders to make their filings public, but wants a timeline on when this will be done.

"The public should ask that this be done within three months, and certainly before the end of 2016 so that there should be no further delay."

Munroe underscored the importance of set timelines as he charged that it would have been better if the prime minister had made his financial information public in keeping with the time he had initially committed to the nation, which was the end of March.

That was an issue which Holness was asked about when he released the information to reporters last Friday.

"I took the time to go back through almost 10 years of declarations to make sure that they are accurate, and also to make sure that whatever I present is in keeping with whatever is the truth, and I'm satisfied that I have done so," said Holness.