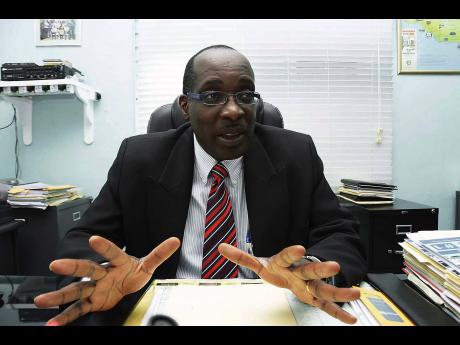 Minister of Education Ruel Reid has asked that principals seek the approval of the Ministry of Education for all fees that are to be requested from parents.

"The ministry has noted the announced fees of some schools and will be issuing guidelines to the schools and to the public," he said when The Gleaner raised the issue with him.

According to Reid, all fees being charged by schools must be approved by the Ministry of Education. He also disclosed that he has called in principals to discuss the fees that are permissible.

The education minister further urged parents to resist paying any fees which are unapproved by the Ministry of Education.

Pointing to the registration fees announced by some schools, Reid argued that they are unnecessarily high, given that the Ministry of Education has made early disbursements of tuition-support funding to schools.

Reid is of the view that schools have received adequate funding to offset the costs previously borne by parents.

Speaking to the practice of schools charging for auxiliary items in registration fees, Reid said, "It is unacceptable and I will be calling the principals in to deal with the matter. This should not happen because schools received the funding they need from very early."

The funds represent the first of four tranches that schools will receive under a new funding arrangement that will increase the ministry's contribution to a maximum of $19,000 per student per institution. This increase is expected to cover for the shortfall expected from the no-auxiliary-fee policy announced by the Holness administration.

While schools are not permitted to charge auxiliary fees under the new regime, they can continue to ask parents to make voluntary contributions as approved by the school board and the parent-teacher association.

Reid said that the ministry will continue to monitor the management of school budgets and resources and continue to carry out extensive stakeholder engagements to ensure that a strong culture of funding support for schools is maintained.