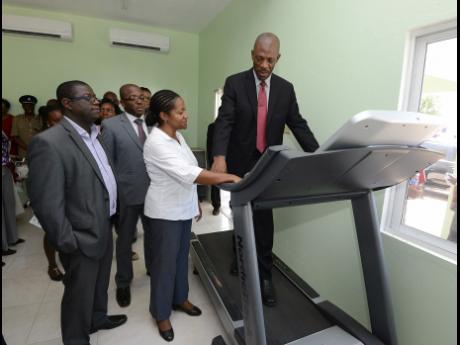 Ricardo Makyn
Commissioner of Police Dr Carl Williams tries out the treadmill at the police’s physiotherapy building, while looking on in the foreground is Karen Boreland, senior physiotherapist with the Jamaica Constabulary Force Medical Services Branch. Behind her (from left) are Everton Anderson, CEO, The National Health Fund; and Pearnel Charles Jr, minister of state in the Ministry of National Security. 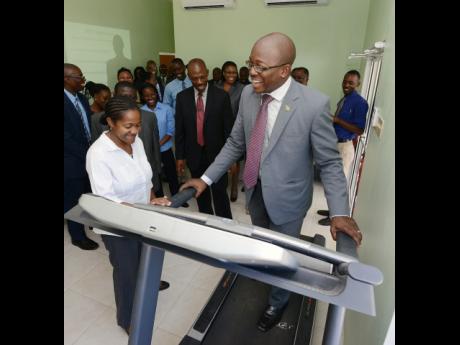 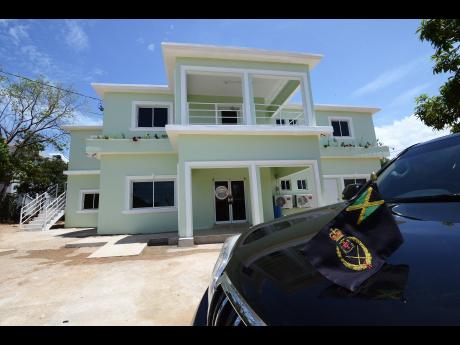 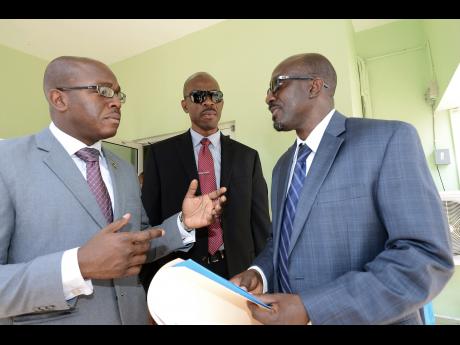 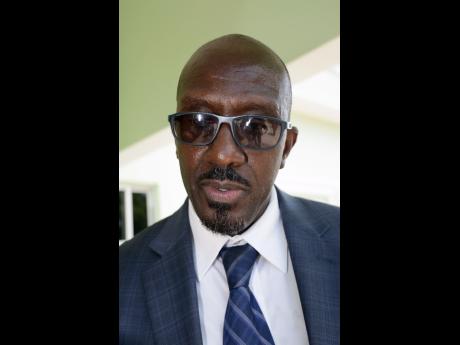 The high-stress nature of the job coupled with the hostile and hazardous environment that they are forced to work in has led to members of the police force being plagued by myriad physical and mental-health issues, noted Commissioner of Police Dr Carl Williams.

This has manifested itself in the deteriorating health as well as mental breakdowns of a number of policemen and policewomen. In fact, over the years, the number of law enforcement officers involved in murder-suicide is evidence of them reaching that mental breaking point.

"Policing is a very hazardous occupation right around the world. The work of the police, and especially the work of the police in Jamaica, is doubly hazardous. The nature of the violent neighbourhoods in Jamaica and the demand on the police create very adverse conditions. That in and of itself makes the job more risky and more stressful. So the Jamaica police force is disproportionately at risk of lifestyle diseases and we are at risk of being victims of violence and accidents," the commissioner shared yesterday at the official opening of the newly refurbished physiotherapy building at the Medical Services Branch, located at the National Police College in Twickenham Park, Spanish Town.

The occasion also served to officially announce the memorandum of understanding between the Jamaica Constabulary Force (JCF) and the National Health Fund (NHF). The NHF provided a grant of $5 million to the JCF towards the renovation of the physiotherapy building. The health agency has also partnered with the police to enhance the health and well-being of members of the force, including the promotion of healthy lifestyle practices. The partnership includes the use of the NHF mobile screening unit to conduct screening tests for JCF members across the island.

"In trying to keep their country safe, the police take their health for granted, and men are worse than women. Too many police officers are living with all kinds of diseases, so I don't think that there is any group that is more in need of the kind of attention and results that will come from this collaboration. I implore all members of the force to make use of the facilities at the Medical Services Branch," Williams urged.

Concerned about the health and well-being of its members and their immediate family, the JCF established the medical services unit in 2005, which is charged with taking a holistic approach to health care. Part of its mandate is that appropriate screening mechanisms be in place to detect those at risk and those who are most vulnerable for the development of mental-health disorders, with the appropriate interventions clearly defined.

Dr George Leveridge, clinical director of the JCF Medical Services Branch, agrees that the hazards of the job require greater levels of medical intervention for police officers for both their mental and physical health.

In fact, six months into the year, and the country has been rocked by news reports of its fair share of murder-suicides involving law enforcement officers.

Just last week in St Elizabeth, a 59-year-old retired inspector of police reportedly killed his 41-year-old girlfriend then himself.

"Yes, we still have issues with murder-suicides taking place, but in every jurisdiction globally, persons in the police, military, paramilitary profession are the ones who top the murder-suicide statistics mainly because of the stress of the job itself as well as the environment in which they work, so I don't know if we will ever get rid of that altogether, but what we are trying to do is diminish it," Leveridge told The Gleaner.

He said the highly trained mental-health personnel in the Medical Services Branch, including psychiatrists, psychologists, and social workers, as well as a 24-hour help line, have helped a number of policemen and women overcome serious issues.

"We have seen persons come to us homicidal and suicidal; some walking in on their own or referred by their supervisors or colleagues. And I am confident that the intervention programmes that we have implemented have addressed the mental-health aspect of the police force in a fairly decent way, and I am heartened by the results we have seen. The approaches we have taken have made a big difference. But I will admit that we need more resources and personnel. So yes, more can be done, and needs to be done, including increased screening, workshops, and seminars. We also need to have mechanisms in place where they will have some sort of outlet to talk out their issues," he said.

The clinical director said other challenges faced include the fact that the police force is male dominated and men are not generally health seekers. Additionally, he said, there is still a stigma associated with mental health.

"Persons do not want to be seen coming in for counselling like something is wrong with them. Some may come for a physical exam and then we can use that opportunity to address those issues," he said.

Leveridge said part of what they do is go out into the field with a number of healthy lifestyle initiatives. These include the Healthy Lifestyle and Attitudinal Change Programme, which is taken to the police divisions across the island. Where necessary, persons are red-flagged and there is a follow-up.

With its main physical location at Twickenham Park, Leveridge hopes that in the future, there will be a Medical Services Branch in every division to properly service the police force. For now, they will continue to carry out services through the mobile clinic and roving programmes. They also work with the medical officers of health in each parish to provide whatever service is needed by members of the force.

"A healthier force will redound in a healthier nation," Leveridge emphasised.