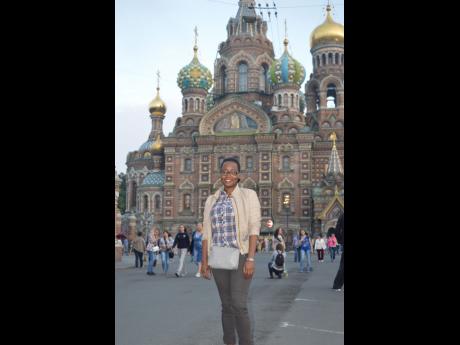 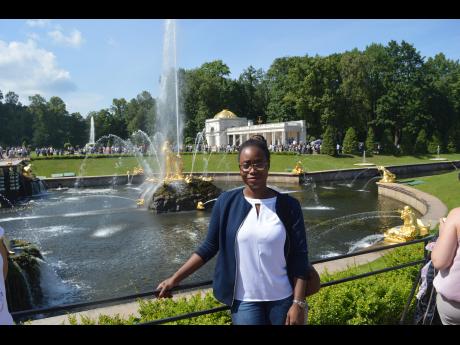 Tashauna Brown should have returned to Jamaica after completing her specialist degree in finance and credit at the Saint Petersburg State University. Her stay in Russia has, however, been extended as the university has awarded her a scholarship to pursue a PhD in economics and management.

Brown considers herself blessed as she is the recipient of consecutive scholarships. Her first degree was funded by a bilateral scholarship agreement between the Government of Jamaica and the Russian Federation. So impressive was her performance in that initial period of study that she was given the opportunity to advance her studies.

"When I got the scholarship from the Jamaican Government, I signed a bond in which I was required to return to Jamaica and serve for five years. My PhD scholarship I got from the Russian government through direct application, and upon reviewing my file, the university saw it fit to offer me the scholarship. I was very elated as my hard work and dedication has paid off," she said in response to questions from The Gleaner.

When she first arrived in Russia back in 2009, the culture shock was painfully palpable.

"Initially, being the strong-headed person I am, I

was constantly complaining, criticising, and comparing Russian culture to the Jamaican culture. However, after the first 10 months or so when I moved to a different city, I adopted a different mindset and began to accept that there is something good in everything," she said.

Although she would have preferred to study law, Brown explained that she opted to pursue economic studies as law was not covered by the scholarship granted by the government.

Adjusting to life in Russia, however, took some getting used to.

"My worst experience is probably when I first came. It was hard to adjust to the level of bureaucracy in Russia, with even menial tasks requiring a lot of paperwork, only to find out in the end that most of it could have been avoided," she disclosed.

Opportunities to explore the landscape of the world's largest nation have been the highlight of the past six years Brown has spent in Russia. Life in the eastern European country has also taught her many valuable life lessons.

"I have become more tolerant and accepting and less judgmental. I have come to appreciate that living outside one's comfort zone can yield unimaginable results," she said.

"My time in Russia has also reinforced for me the importance of family and friends."

Now, a year into her PhD programme, the Rusea's High graduate is satisfied with the progress of her doctoral studies and plans to contribute to Jamaica's development upon her return.

"My thesis is centred around strategic and international management of organisations, specifically divestment, which is the reducing of a company or government's assets, including privatisation. So far, I have been working at a good pace, and according to my three-year plan for completing my PhD, I can say I am on track," she boasted.