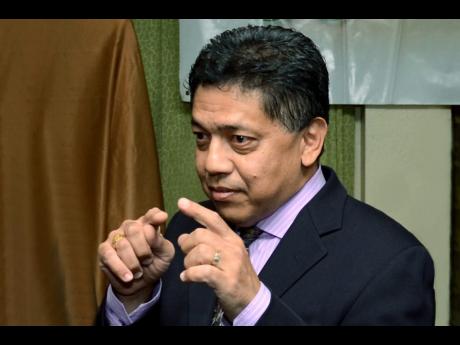 Just under a week before Prime Minister Andrew Holness attends his first Caribbean Community (CARICOM) Heads of Government Conference in Guyana, there is a call for Jamaica to push for quick changes to widen the categories of professionals permitted under the the bloc's Free Movement of Skilled Persons agreement.

Currently, artistes, musicians, media workers, university graduates, medical and sports persons can use their regional skill certificate and travel freely to work in any of the 12 nations that are members of the CARICOM Single Market and Economy (CSME), established under the Revised Treaty of Chaguaramas.

David Wan, president of the Jamaica Employers' Federation (JEF), says the time has come for the list to be widened to allow for more professional groups to benefit under the treaty.

"Under the theme of job creation that this Government has declared, we need to examine whether it's time to expand the categories of people that are allowed to enter CARICOM territories, as well as to seek employment."

"It is limited in scope right now," he added.

The JEF head accepted that some countries may be hesitant in supporting any expansion, fearing that locals may lose jobs.

"I am quite aware of that. There are going to be objections to any new proposal because all the territories are seeking to protect their own citizens. It's clear that CARICOM is not working in certain ways for Jamaica, and being the largest county (in the group), I believe we have the leverage to get some consensus on the expansion of the list of people who are allowed to work in CARICOM territories," he argued.

The JEF head says CARICOM could develop an unemployment insurance scheme to support countries that may be affected by the fallout.

"There are some territories which have an impact in terms of their people having less employment once you open up the occupations across CARICOM. The unemployment insurance scheme would be funded by all the CARICOM members in accordance with the gross domestic product," he said.

The employers' federation is getting support for the expansion of the skill areas from the Opposition People's National Party (PNP), which has said the expansion "is the ultimate aim of the CSME".

"Anything that can advance such a movement would be welcomed. So, I would support it," Spokesperson on Foreign Affairs and Foreign Trade Dr Morais Guy told The Gleaner.

The free movement of skills/labour includes the right of a CARICOM national, under Article 46 of the Revised Treaty of Chaguaramas, to seek work and/or engage in gainful employment in any of the participating CSME member states.

They should be able to do this without the need to obtain a work permit in the member state in which he or she wishes to work.

Latest data show that in 2014, four hundred and forty-two skill certificates were issued to CARICOM nationals, with Jamaicans accounting for 411 of that number.

The 37th CARICOM regular meeting of the heads of government will open in Georgetown on July 4 and end on July 6.