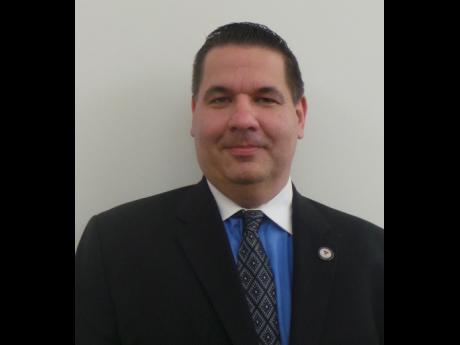 Criminologist Robert Brzenchek is warning that crime will continue to get out of control in St James until all key stakeholders unite to implement a sustainable model to address and dismantle criminal gangs.

"The prognosis for Jamaica is dire," said Brzenchek, who is chief executive officer of All Source International Security and a regular commentator on NBC 10 television in the United States.

According to Brzenchek, with no national anti-gang programme, the police have been given an anti-gang bill which targets suppression of gangs or arresting the members rather than a preventative approach.

"What are currently in place are churches providing outreach and an inner-city community partnering with the police to create a youth club as an alternative to joining a gang. The bottom line is, the police and community need to work together to provide the means for youth to believe they have an opportunity to succeed.

"This is in the form of providing opportunities for positive activities, meaningful employment, and postsecondary education."

The researcher and former law-enforcement official argues that recruitment into criminal gangs is about means and opportunity.

"If you do not have the means, you feel you have no opportunity to advance."

Brzenchek argued that Montego Bay can manage gangs through the prevention, intervention, and suppression model.

He added that the push to dismantle the gangs should start with a holistic approach using a whole overview of the issues.

"It starts very early where kindergarten teachers can identify negative tendencies in five- or six-year-old students coming through their doors," said Brzenchek.

According to the law-enforcement expert, most trauma occurs between the ages of two and three at home, and the schools need to be prepared to handle the aftermath.

"As these students progress through the school system, there must be data-driven decisions that deter environments fostering negative sub cultural groups such as gangs."

He argued that early intervention before primary school is crucial because this is where students socialise or pair bond.

"Sociologists, as well as gang members themselves, have identified the following reasons for linking up with gangs - identity, recognition, belonging, discipline, love, and money," Brzenchek noted.

The criminologist pointed to the 2016 Crime and Safety Report on Jamaica, published by the United States Department of State Bureau of Diplomatic Security, which all but gave up on the justice system.

The report said: "Police are only able to make arrests in 45 per cent of homicides annually, and they only convict perpetrators in seven per cent of the cases. This leads both the public and police to doubt the effectiveness of the criminal justice system, leading to vigilantism, which exacerbates the cycle of violence."

According to Brzenchek, this explains why most Jamaicans fear that the police cannot safeguard them from organised criminals.

"This also has a negative impact on citizens, leading them to evade providing evidence or witness testimony," added Brzenchek, as he argued that the police force is unable to adequately patrol and protect most neighbourhoods because of lack of funding, resources, and proper management.

Brzenchek is based in the Philadelphia (USA) metropolitan area and travels worldwide to present/train on gangs. He augments this position with research conducted as a PhD student at Capella University with a proposed dissertation focus on predictive gang-prevention programmes.