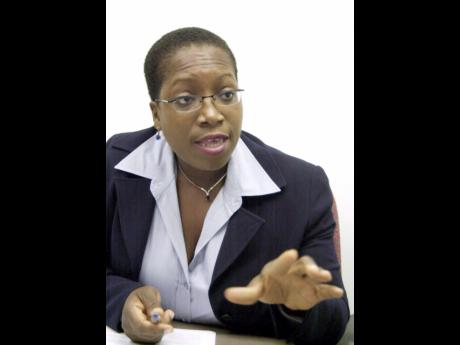 File
Winsome Callum: Company officials had only just received the determination notice and were going through it.

Jamaica Public Service Company (JPS) customers will see an increase in their August electricity bills as a result of the average 2.6 per cent rate increase the Office of Utilities Regulation yesterday (OUR) announced it had granted the energy company.

Contacted for comment, Winsome Callum, director of corporate communications at the JPS, advised that company officials had only "just" received the determination notice and were going through it and so could not comment in detail on the matter.

This first rate increase granted by the OUR in more than three years comes on the heels of a 12.8 per cent increase in electricity charges announced by the JPS less than a month ago, on June 13, and which it linked to the tax package announced by Finance Minister Audley Shaw in his Budget presentation on May 12.

The JPS justified the rate hike at the time to the following combination of factors:

• An increase in the cost of the fuel used for electricity generation because of rising oil prices on the international market;

• The impact of the recent increase in the special consumption tax charged on heavy fuel oil;

•  Continued devaluation of the Jamaican dollar.

In its release, the OUR explained that in arriving at its decision, it had taken the following factors into consideration:

b) The full pass-through of system losses in the fuel rate as is now required by the new electricity licence;

c) The introduction of a revised incentive scheme for system-loss reduction, and based upon non-fuel revenues rather than fuel revenues, in keeping with the terms of the new licence;

e) The adjustment of rates to be charged for prepaid residential customers; and,

f) The adjustment of rates to be charged to some customers who will benefit under the Community Renewal Programme.