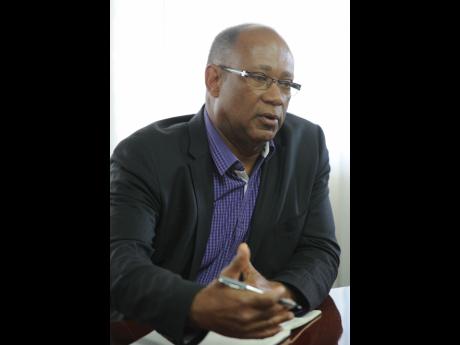 File
Dr David Smith: In a way its unfortunate that the whole project seems to have been shut down. 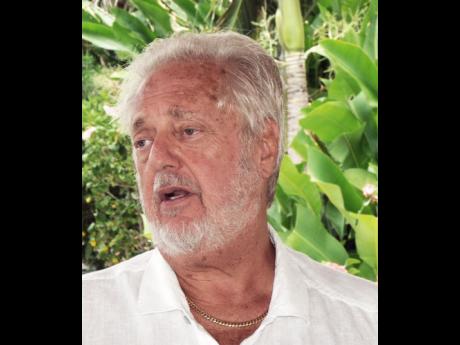 The decision of the Andrew Holness administration to scrap the controversial billion-dollar Negril Breakwater Project has been described as unfortunate by an executive of the coastal engineering firm that recommended the project.

"In a way, it's unfortunate that the whole project seems to have been shut down," said Dr David Smith, managing director of Smith Warner International, the company that conducted a preliminary analysis of beach erosion in sections of Negril in 2007.

Noting that the assessment found "tremendous" coastline erosion in sections of Negril, Smith suggested that instead of scrapping the project, the ideal situation would have been a public-private-sector partnership to address the issues identified.

"The stakeholders put the money together for the dredging and the Government does the money for the breakwaters. But that doesn't seem to be on the cards anymore," he said.

Yesterday, The Gleaner obtained a copy of a letter written by the Planning Institute of Jamaica (PIOJ) to Lee Issa, president of the Negril Chamber of Commerce, indicating that the decision to shut down the US$9.95-million (or approximately J$1.1 billion) project was taken by Cabinet last month.

"The Planning Institute of Jamaica, as the national implementing entity to the Adaptation Fund (AF), uses this medium to inform you that last month, the Cabinet approved a recommendation for the termination of Component 1 of the GOJ/AF programme and all related activities," read a section of the letter addressed to Lee Issa, president of the Negril chamber.

"This effectively means that the proposed construction of two submerged breakwater structures, previously identified as part of activities to stem coastal erosion in the Long Bay area of Negril, will not be pursued under this programme," continued the July 8 letter signed by PIOJ Director General Wayne Henry.

In granting approval for the project in 2014, the Natural Resources Conservation Authority explained that the breakwaters would form part of a beach management strategy to slow the pace of erosion of the Negril coastline by strengthening coastal protection.

The project has, however, faced strong resistance from residents, local business operators and environmental groups who argue that it could cause damage to the environment and negatively impact tourism interests in the town.

Smith revealed, during an interview yesterday, that a preliminary assessment conducted by his company indicated, among other things, that some coastline areas in Long Bay were eroding at an average rate of one metre per year and half a metre per year in the Bloody Bay area.

"There were some sections where there was appreciation, but there were other areas where you have this tremendous rate of erosion," he disclosed.

He said arising from the assessment, Smith Warner came up with a preliminary design that called for the construction of breakwaters and nourishment of the beach.

"The two things should go in tandem and we indicated that ideally they should be within five years of each other. What has happened subsequently [is] that the project has been put forward as a breakwater project without the companion work, which is the beach nourishment," he asserted.

"The stakeholders in Negril have rebelled against it, and that's probably driven the Government's decision to scrap the project," he added.

Mary Veira, a director of the Negril Chamber of Commerce, said the group was thrilled with the decision of the Holness administration "because we didn't think that breakwater was the correct way to combat beach erosion".

"We need to take the time to understand clearly what has happened with the ecosystem in Negril," she suggested.

"The problems we are having are partly or completely related to bad development, bad planning, bad enforcement, bad managers," she charged.

Public Defender Arlene Harrison Henry, whose office conducted a probe of the project after complaints from residents and local business owners, said the question going forward is the steps that should be taken to ensure that there is close collaboration with the Negril community on the best way to combat beach erosion.